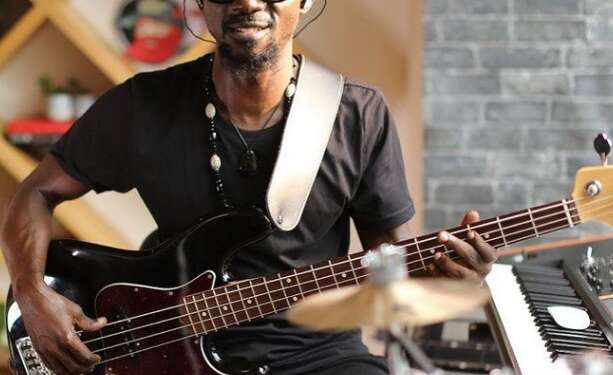 Revered audio engineer and record producer, Kwame Yeboah, says life with his children never comes across as conflicting although he serves as both their father and career coach.

The father of sensational female vocalist, Cici Yeboah, revealed that he had to allow his children the freedom to develop their own personalities and career.

To him, he enjoyed every single bit of time spent with them despite the hurdles of being a single parent, yet an ambitious man with dreams to conquer the world.

In an interview with Rev. Erskine on the ‘YLeaderbard Series’ segment of the “Myd Morning Radio Show”, the 2021 ‘Instrumentalist of the Year’ at the International Reggae and World Music Awards (IRWMA) shared he has been with his daughter, Cici ever since he was 19. However, he didn’t imagine getting to this stage with her when he first came to terms, he was going to be a father at such an early stage.

“There are no conflicts with me raising my children as both a coach and a father. I had the kids at a young age so sometimes they’re my friends. My daughter calls me ‘Kwame’ and that’s cool because that’s how we live, but when there’s trouble you’ll hear ‘Dad’. You hear that then it means something is happening. It’s been a great ride I mean Cici has been in my life since I was 19 so we’ve had a very long run and that’s been good. I didn’t imagine it will go this way for me when I heard about the situation and I was going to be a father. I thought my career was derailing because I had ambitions, I wanted to go further but I also wanted to be a good father,” he added.

Kwame Yeboah also admitted the situation influenced his coming up as an artiste.
“That was a tough decision though and that was part of the reason I never left fully. If we travelled, I would have to be back home because I wasn’t married and I had to take care of the kids. I couldn’t take them on the road every time so that was it.”

Speaking on how that also affected his children, the musician mentioned they had the opportunity to be very responsible at an early age.

“They had to be responsible quite early in their ages because from when Cici was eight she was taking care of her little brother. She’s been a great daughter from everything she does at home and what she has to do and not easy with me being a father. I’m so ambitious and a perfectionist so everything you do has to be perfect if not there’s a problem. That’s the thing so I kind of know where I come in with my difficult traits,” he added.