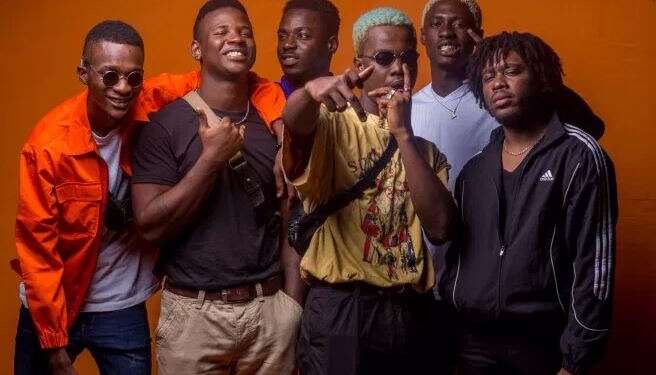 Being asked about his music group, the ‘Tomorrow’ hitmaker mentioned that the members of the music group were together and that they were working on their new album titled “True Colors” and will host their ‘Crusade’ concert in December.“We are cool, La Meme is still together, at the moment, we are working on our new album called true colors” and this December we will do our Crusade, a very intimate one for our fans”. He said.

Explaining what he meant by an intimate concert, he mentioned that it has been long since they held the crusade concert and as a result had lost connection with their followers and wanted to connect with them very well on a vulnerable level.

“We are looking at doing it again this December and we want to make it intimate because it has been a long time and we haven’t really connected with our friends, our fans and then our family members, we want to do this for them to connect to us on a more vulnerable level”. He added.

I Am Bigger Than Sarkodie in The Central Region – Kwame Yogot