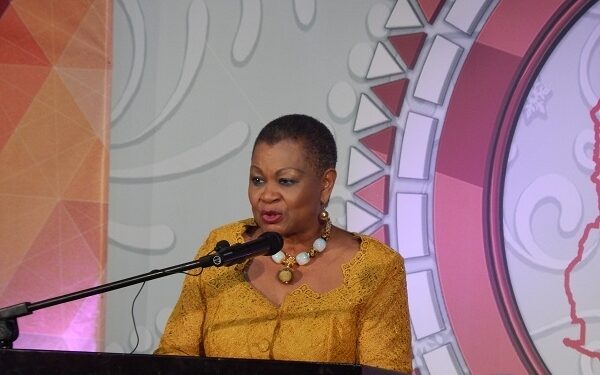 Board Chairperson of Global Media Alliance, Dr. Joyce Aryee has challenged flag-bearers of the various political parties to make promises that are measureable.
According to Dr. Aryee, Ghanaians are fed up with the usual spin of politicians in their respective manifestoes which are mostly unachievable.
Speaking at the 6th edition of Ghana’s Most Influential Awards for 2015, the experienced stateswoman further asked the respective flag-bearers to release their manifestoes now.
“The flag-bearers of the respective political parties should make known their manifestoes as soon as possible. And we don’t want the usual spin. We want promises that we can measure. We can’t say we’re influencers when we continually put out mediocre manifestoes. Dr. Aryee bemoaned.
She further cautioned those with political authority to know that the power they wield was a privilege which comes with some responsibilities.
“Political Power is a privilege and it goes with some responsibilities.” She added.
Dr. Joyce, who has over 40 years in both the public and private sector admonished all to look beyond this election year when we speak peace while she also expressed utmost optimism that there will be no ‘fire’ in the country after the elections.
“There will be no fire in this country because you and I in this country care so much about our lives. Peace messages should not only be for this year because it’s an election year but let’s strive to look beyond this year with our peace messages.” Dr. Aryee said.