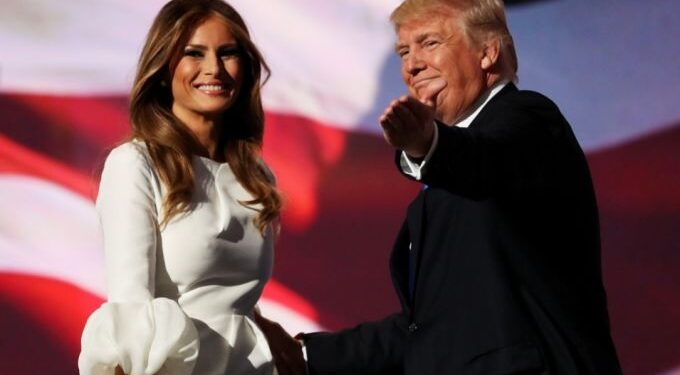 Melania Trump, the keynote speaker at the opening day of the Republican National Convention, got part of her speech from a very surprising source — Michelle Obama’s 2008 Democratic National Convention speech.
Journalist Jarrett Hill noted during Trump’s speech Monday night that a section of it sounded familiar.
It did not take long for him to discover the source of Trump’s inspiration.