Michael B. Jordan and Lori Harvey have called it quits after a year of dating 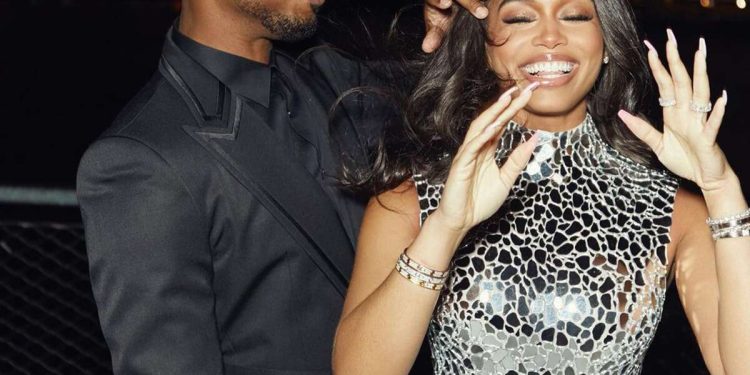 Michael B. Jordan and Lori Harvey have called it quits after a year of dating Credit: JPW Photo

0
SHARES
63
VIEWS
Share on FacebookShare on TwitterShare on Whatsapp

The A Journal for Jordan actor, 35, and Harvey, 25, have broken up after dating for a year and a half, a source close to the couple confirms to PEOPLE.

“Michael and Lori are both completely heartbroken,” the source says. “They still love each other.”

“Michael matured a lot over the course of their relationship and was ready to commit for the long term. He let down his guard with her, opening up emotionally in a romantic relationship for the first time,” adds the source. “They had great times together and brought out the best in each other.”

A representative for Jordan could not be reached for comment. Reps for Harvey did not immediately respond to PEOPLE’s request for comment.

They both attended the 2022 Vanity Fair Oscar Party in Beverly Hills on March 27, which marked their red carpet debut. Model/influencer Harvey attended the Cannes Film Festival last month on May 17, appearing solo on the red carpet for a screening of Final Cut (Coupez!). Rumors of trouble between the two swirled in recent weeks after she returned from France.

The pair had celebrated their one-year anniversary in November, months after Jordan made their relationship Instagram official that January.

He told The Hollywood Reporter in December that he “finally found what love was” in his relationship with Harvey. The Black Panther actor explained why he felt comfortable sharing his personal relationship publicly: “When I was younger, I don’t know if I could have handled the onslaught of opinions and being picked apart, and also being conscious of what the other person’s going to go through. It takes a special person to deal with that.”

They felt “real enough” to share openly, he said at the time.

“There’s a premeditated planning of staying out of the way [of the public eye] that sometimes kills spontaneity and intimacy. I wanted to take that away and give this the best chance it had, in this weird world that we live in, to be somewhat normal. Long story short, I think it’s just the timing of everything. It was the right time for me,” he added. “Yeah. I’m happy.”

In April 2021, Jordan explained to PEOPLE why he decided to be public about his love life for the first time.

“I’m still private, and I want to protect that, but it just felt like it was a moment of just wanting to put it out there and move on,” he said at the time. “I am extremely happy. I think when you get older, you feel more comfortable about the [public nature] of the business that we’re in. So for me, it was a moment to, I guess, take ownership of that and then get back to work.”

Lori, who is the daughter of Steve Harvey, opened up about her relationship with Jordan on The Real back in September.

“We just really balance each other,” she explained at the time. “I really do believe in the statement when they say, ‘When you know you know.’ And I think that really applies to our situation and we just have a really good time together.”

The founder and CEO of SKN by LH added that he is “so sweet, very attentive; he listens to me and the things that I say that I want, and he really makes an effort.”

When asked about the sexiest or sweetest thing Jordan had done for her, Lori said he is “really good at all the big things.” She explained, “Valentine’s Day, birthdays, all that, but it’s the little things, the everyday things that I think really is what makes him special, like he just listens to me when I talk. Even the other day, I just been saying I really just wanted to go to a farmer’s market, so he called me one Sunday morning and was like, ‘What are you doing, I’m going to come pick you up,’ and he took me an hour away to this really cute farmer’s market and we had the best day. So it’s things like that.”