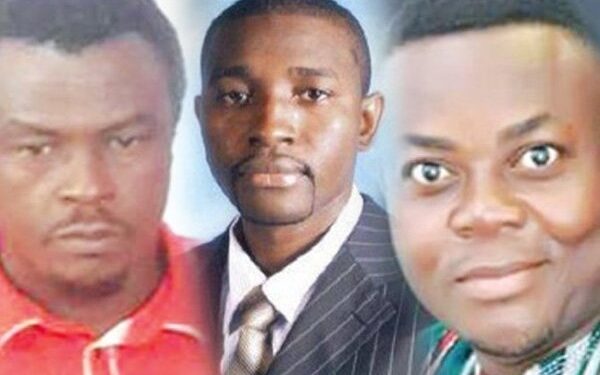 The Supreme Court has handed a four-month prison sentence to the Host of the ‘Pampaso’ political show on Accra-based Montie FM, Salifu Maase, alias Mugabe, and the two panelists, Alistair Nelson, and Godwin Ako Gunn, for threatening to kill judges of the Supreme Court during a radio discussion.
The three were also fined Ghc30,000, with each of them paying Ghc10,000. Failure to pay the amount according to the Court, will attract another one-month prison term. They have up to tomorrow, Thursday, July 28, to pay the amount. The four directors of the station, which include Harry Zakuor, Ato Ahwoi, Edward Addo and Kwesi Kyei Atuah, who are managers of the two media companies, Network Broadcasting Limited and Zeze Media, are to pay Ghc30,000 each, bringing the amount to Ghc60,000.
They were also asked to pay the amount by close of  day tomorrow, Thursday, July 28. They were also to provide measures they would put in place to prevent such inflammatory comments on the radio station. They were all found guilty of contempt charges last week. The Presiding judge, Sophia Akuffo, reading the sentences said the two panelists willfully attacked the Chief Justice and lowered the authority of the court by insisting that they will not accept its judgment on a controversial matter of the voter’s register.
She said they also callously reminded the court of the gruesome murder of three High Court judges more than 30 years ago. She pointed out that there is an element of criminality in their utterances which the Attorney-General should have noticed and acted upon. She said the court is deserving of utmost respect if the country’s democracy is to be safeguarded, and that any conduct that seeks to interfere with the judiciary is an act against the community.
Background
The Court issued a warrant for the owners of the station, host of the station’s ‘Pampaso’ programme, and the panelists, over the threat to kill judges for their handling of a case on the credibility of the voters’ register, to appear before them to answer for contempt charges. At the second hearing last week, the accused persons were found guilty of contempt. Alistair Nelson blames ‘strange disease’ for outburst One of the accused, Alistair Nelson , at that hearing, blamed his comments on a disease called “kpokpogbligbli.”
According to him, “kpokpogbligbli is an unknown disease that takes over a person’s body and controls what he says and does.
Nelson made the confession when he appeared before the Supreme Court to explain why he and others should not be “committed to prison for contempt of court, for scandalizing the court, defying and lowering the authority of the court, and bringing the authority of the court into disrepute.”
On his part, the host of the show, Maase Salifu, popularly known as Mugabe, apologized for his comments, also adding that his producer fell ill and there was no one to control him in the studio. Mugabe also stated that he regrets his comments and pleaded with the judges to forgive him as he has been a journalist of good repute for 15 years.
Citifmonline

Actor James Gardiner Details His Best Kiss in a Movie