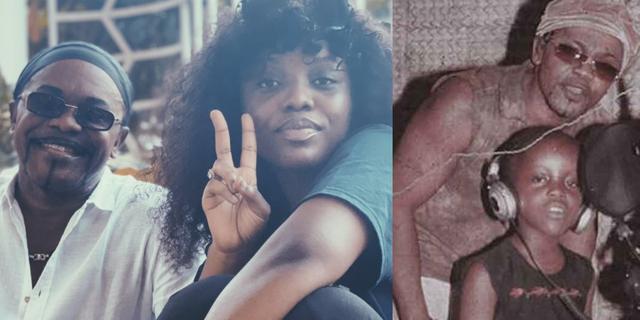 0
SHARES
148
VIEWS
Share on FacebookShare on TwitterShare on Whatsapp

Although the iconic Ghanaian singer Nana Acheampong and his daughter Gyakie who continues to uphold the family’s name on the global stage have not yet collaborated on a music project, Gyakie has a way of revisiting her father’s songs on her future album.

In an exclusive chat with NY DJ on BTM Afrika, the musician who recently revealed the tracklist for her upcoming EP, My Diary, went down each song on the album. She also discussed sampling her father and the impact that had on him.

She made this known after an exclusive listening in Kumasi, Ghana.

Asked if it was deliberate and whether she spoke to the father prior to sampling the song, Gyakie replied saying; “I’m sure you’re talking about Far Away. My dad has a song which is one of his big songs called Si Me So. When I was actually writing that particular verse, it took a second for it to click that I actually brought in my dad’s lyrics into the song.

My dad’s other name is Mr Loverboy, so I also put that inside and when he heard that song, he was going crazy. It’s his favourite song on the project and the fact that I put a line of his in a beautiful song like that, he loves it so much” she said.