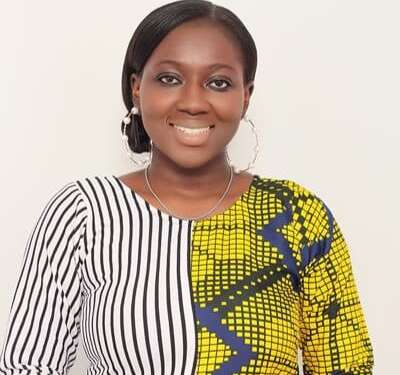 Director of Social Bridge and Acting Director of the National Folklore Board as of 2020, Nana Adjoa Adobea Asante, had the dream of becoming a Lobbyist and at a point an Economist, but that changed after a sit down with her late grandad.

Nana Adjoa who was obviously close to her grandad was pumped at being a lobbyist until she was told there were no specialized lobbyists in Ghana unlike Europe. “I wanted to be a lobbyist and it was then that I was told Ghana has no lobbyist or lobbying firms. In the US and the likes, we have people trained to speak on behalf of big corporations to change policy direction through lobbying. Example farmers can lobby to have corn included in the statutory food requirement for schools.”

She believes the closests to a lobbyist in the Ghanaian context will be politicians and lawyers. “A lawyer who works with government to change policy.” Nana Adjoa aimed at becoming a lobbyist to change policy and contribute to social development but realized after High School she could not be a lobbyist.

Considering to venture into Economics next although she was not really strong in mathematics, she was advised against the idea by her beloved grandad. “After I was told I couldn’t be a professional lobbyist in Ghana, I decided to pursue economics because I had taken it serious in school and my mother also pursued that in school. I hate mathematics and really put in a lot of effort before scoring a C grade in my final exam in High School.”

According to Nana Adjoa, her grandad who knew she would face some difficulty pursuing economics pulled her aside and advised her into pursuing a law degree instead.

“He told me he knew I didn’t like mathematics and because of that, I couldn’t pursue economics. He told me he liked lawyers and asked me to consider pursuing law. I didn’t know I would love law so much until I entered the classroom,” she revealed.

Glad to have followed her grandad’s advice, she describes the law as a discipline that cuts across many fields, and “I am glad I chose law,” she told Rev Erskine on the YLeaderboard Series hosted on Y107.9FM’s Myd Morning Radio Show.

Sharing values that influenced her growing up, she advised the youth not to take what does not belong to them. “My mum drummed that into us and it has guided us. It means you should be principled and not downplay someone’s efforts for you to advance in your work. Be principled and don’t compromise on your values.”

Nana Adjoa studied law at the Kwame Nkrumah University of Science and Technology and proceeded to obtain her professional law degree at the Ghana School of Law. She has certificates in Sustainable dispute resolution and International anti-corruption from the University of Milan

She is a lawyer, with expertise in the areas of commercial litigation, corporate governance and intellectual property, and has worked with laws firms both in Ghana and abroad including Scarlet Macaw Legal Practitioners, JLD & MB Legal Consultancy, and secondment to Fresh Fields Bruckhaus Derringer and NCTM Milan.