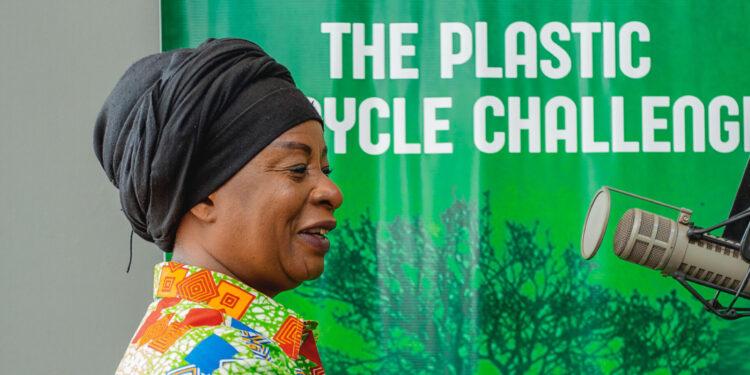 0
SHARES
52
VIEWS
Share on FacebookShare on TwitterShare on Whatsapp

Celebrated Ghanaian television personality, Nana Adwoa Awindor has heaped praises on her parents for the firm foundation they gave her and her siblings.

Thanking her parents on behalf of her siblings and herself, she said, “We want to say a big thank you to our parents for doing all that for us.”

Nana Adwoa Awindor whose close-knitted family is made up of eight children (6 females and 2 males) noted that her father was particular about assigning roles to his daughters to form them into independent and industrious women.

“Because we were mostly girls, my dad brought us up like boys. I washed the car and ironed his shirts. We were trained to do so many things which were expected of boys in the house and we grew up with that toughness,” she told Rev Erskine on Y107.9FM’s Leaderboard Series.

Seeing such training as an advantage to daughters, she urged parents to bring up their boys in such a way without letting them lose their feminine touch.

She regards her memories growing up as priceless and says she still shares some great moments with her parents who are in their 80s.

The well-travelled television personality attributing her uniqueness in the media space to her upbringing and training noted, “My parents were both Christians and I had mentors from the church and I think that is where the influence came from.”

She disclosed that the young Nana Adwoa was always surprised at seeing people preach at the pulpit. “I was surprised at how they always got new sermons every day. Seeing my mum and dad on the pulpit empowered me and I wanted to be like them and I think that is what whet my appetite to do what I do.”