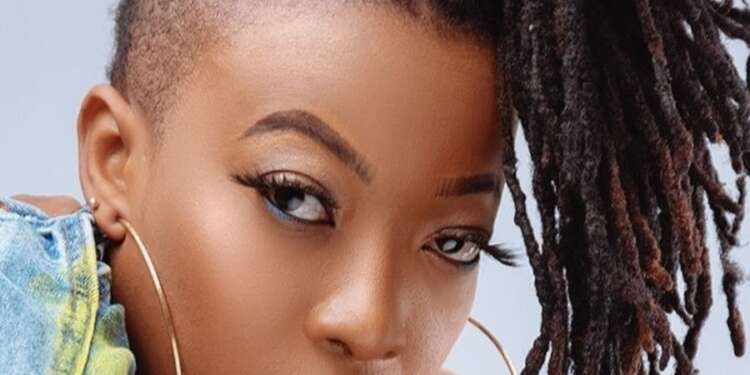 Rebecca Ohemaa Amoah professionally known in showbiz circles as Ohemaa Dadao was born on January 18th 1993 at Kwahu Aduamoah in the Eastern Region of Ghana to Kennedy Amoah and Doris Odurah. She is the eldest and the only girl amongst her three brothers.

Ohemaa Dadao had her primary and secondary education at the Laterbiokorshie Presbyterian basic school and Meridian SHS, Kasoa in the Central region.

She developed love for rap music and started her rap at the age of 15 whilst she was in school. She took music as her lifetime profession after she completed High School. Ohemaa Dadao started recording her songs with some top engineers in Ghana including Apeitus, Ubeatz, Eyor sound boy, Foggy on beat and Spanky, Robert beat, Standeck, Teddy made it, and Kweku bill’s all under her management called Starstree Entertainment. She later became one of the most popular female musicians in Ghana in the rap fraternity.

Ohemaa Dadao is believed to be amongst the pioneers of female rap music in Ghana, her dynamism as an artiste made her produce records in several music genres including hip-hop, hip-life and afro-pop. The songwriter made her records in three different languages, English, Twi and Ga.

Ohemaa Dadao released her first single ‘Special’ a cover of Sarkodie’s hit song ‘Original’ which made waves and got her nationally recognized. Other hit records she produced in the past include ‘Special’, ‘Ohemaa Dadao’, ‘Sexy girl’ and ‘Conqueror’.

The female rap queen since the start of her music career has collaborated with many talented Ghanaian artistes including Sister Afia, Kwadjo Nkansah Lilwin, Sister Deborah, Kesse etc.

‘Ohemaa Dadao’ is a Ghanaian title that means; ‘Queen of the centuries’ or ‘Queen Already’. Her talent and rap ability got her approved by some rap gurus like Obrafour, Sarkodie, Shatta wale, Stone boy, Tinny, Yaa Pono, Wanlov Kobolor, Bulldog and Socrate Safo.

I love the idea of peace – Rocky Dawuni explains his calmness