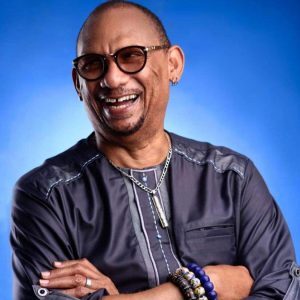 Bernard George Kobena Brako, professionally known as Ben Brako in music circles was born on May 20, 1952, in Accra, Ghana, but grew up with his seven siblings in his mother’s hometown of Cape Coast. He was very interested in music and entertainment from a young age, but he took his formal education very seriously. He had his first live crowd performance in 1960.

While in secondary school, Ben Brako developed his talent by joining the school band, but it became clear that his involvement in music would interfere with his academic work because the band had to rehearse for the numerous performances they were always billed for.

He did, however, take precautions to ensure that pursuing his talent did not interfere with his education. As a result, he dedicated equal time to his studies as well as honing his talent. Finally, he excelled in both areas. Indeed, at the height of his successful music career in the 1980s, he was one of Ghana’s few successful musicians with a university degree.

He was recognized in entertainment circles in the mid-1980s after the release of his first solo studio album, Baya, produced and written by himself in 1987.

Ben Brako’s maiden album, Baya (released in 1987) won him the ‘Leisure Foundation Album of the Year 1987’ and ‘Musician of the Year 1987’, as well as ‘Gold status in 1988’. He was recognized for his musical talent in 1988 by receiving the ECRAG Mahogany award for consistency in highlife music. This was timed to coincide with the release of Ben’s second album, ‘Best of Ben Brako’.

Ben is still a performer to this day and has released two more albums, ‘Adende, and Siwdu’. He is recognised as one of the forefathers of popular Ghanaian cultural music and one of the pioneers of modern highlife as we know it. He is credited with bringing highlife music into the modern era and bringing it to the attention of educated and westernized youth who had previously dismissed highlife as too indigenous and inaccessible. Ben Brako is credited with songs like Blue Awe, pepeepe, obataanpa among others.