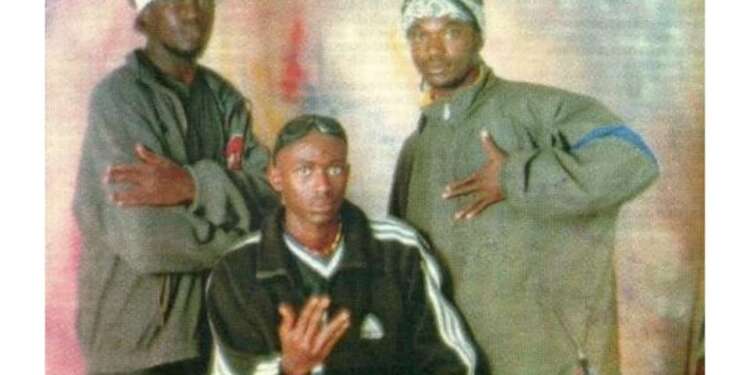 Buk Bak was a dynamic and successful hiplife group in Ghana. The group was made up of the trio; Prince Bright, Isaac Shoetan and Ronny Coaches. Their versatility was showcased in the variations of their music, rapping in Ga, Twi and Pidgin to the fascination of music lovers.

The Dynamic trio formed after an inter-school rap battle in their high school days. Ronnie’s group was named 2nd after the contest, with Shoetan and Bright who were in the same team clenching to 3rd place.

Shoetan And Bright engaged Ronnie, who was a popular figure in his school, Accra Technical Training College (ATTC), and he accepted to join Shoetan and Bright to form the music group.

The group was then signed unto Abib Records. They described the deal as a good one and recorded their first Album “Komi Kἐ Kena”, followed by “Awἐnsἐm” and “Nkomhyἐ” later, all with Abib records.

After a while, Isaac Shoetan left the group to pursue a solo career leaving Coaches and Bright to record other projects inclusive of “1662”, “SikaKorkor”, and “Gold Coast” with Agicoat Records.

Coaches and Bright also separated to pursue their Solo projects and reunited in 2012 to release another hit “Kolom”.

The songs of the dynamic duo were inspired by the challenges and experiences they dealt with growing up in their respective homes.

The group won several awards and honours in their musical journey, including The Young Achievers Awards at The National Theatre, Ghana Music Awards, Our Music Awards and many others.

Buk Bak believed in mentoring artists to reach their destination as a team.

Coaches was pronounced dead at the Korle Bu Teaching Hospital in Accra on November 21, 2013, after he suffered a heart attack.

Tommy WÁ speaks on the inspiration behind new single, ‘Gonna Get My Flowers’

Tommy WÁ speaks on the inspiration behind new single, ‘Gonna Get My Flowers’