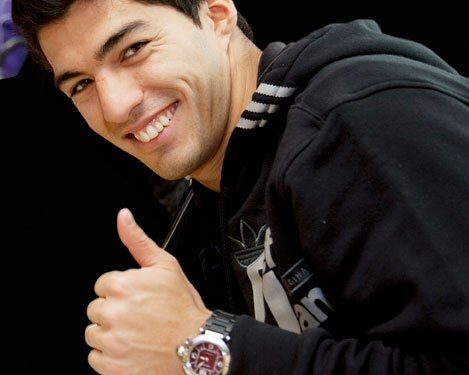 Manchester United have told Juventus they are ready to pay £100m for France midfielder Paul Pogba and will offer the 23-year-old £250,000 a week in wages. (Mail on Sunday)
Former England captain Steven Gerrard is to be offered a coaching role with the national side and will be consulted over the appointment of the next manager. (Sun on Sunday)
England’s Euro 2016 campaign was undermined by a deterioration in the working relationship between former manager Roy Hodgson and coach Gary Neville, as well as some disagreements between coaching staff. (Observer)
Arsenal will offer manager Arsene Wenger a new contract in the hope of keeping the 66-year-old at the club following speculation that the FA are interested in speaking to the Frenchman over the vacant England job. (Sunday Express)
The FA are to employ a full-time psychologist to work with the England squad at tournaments in the future, rather than the advisory role recently filled by Dr Steve Peters. (Independent on Sunday)
New Manchester City manager Pep Guardiola wants to sign £85m-rated Barcelona and Uruguay forward Luis Suarez, 29, and Real Madrid’s 26-year-old Germany midfielder Toni Kroos, who has a £63m release clause in his contract. (Sunday Mirror)
French champions Paris St-Germain have agreed a deal to sign Sevilla’s Poland midfielder Grzegorz Krychowiak, 26, for £22m. (Marca)
Liverpool will battle rivals Everton to sign Belgium midfielder Axel Witsel, 27, from Russian side Zenit St Petersburg after missing out on main target Krychowiak. (Sunday Mirror)
Referee Mark Clattenburg will not be able to referee the Euro 2016 final if Wales get there as Uefa rules prevent him from officiating in games involving home nations – barring derby games such as the Wales-Northern Ireland tie. (Sunday Telegraph)
Former Manchester United and Arsenal striker Robin van Persie, 32, could return to the Premier League after being offered to West Ham and Crystal Palace by his current side Fenerbahce.(Sun on Sunday)
Chelsea have won the race to sign Napoli’s Senegal defender Kalidou Koulibaly, 25, for a £30m fee. (Sunday Mirror)
Tottenham are prepared to offer £38m for Inter Milan striker Mauro Icardi, 23, and have sent representatives to Italy to agree a deal for the Argentina international.(GianlucaDiMarzio)
Meanwhile, Spurs’ France goalkeeper Hugo Lloris, 29, is a £35m target for Spanish giants Real Madrid. (Sunday Mirror)
And Tottenham boss Mauricio Pochettino is ready to sell midfielder Ryan Mason, 25, with newly promoted Hull keen to sign him for £10m. (Sun on Sunday)
Watford midfielder Jose Manuel Jurado, 30, has been linked with a £2.1m move to Spanish side Espanyol to be reunited with former Hornets boss Quique Sanchez Flores. (Fichajes – in Spanish)
Middlesbrough will complete a £11.75m deal for Atalanta midfielder Marten de Roon, 25, next week after agreeing personal terms on a four-year deal.(Gazette)
Four Premier League managers have been in contact with striker Hal Robson-Kanu’s representatives since he scored in Wales’ Euro 2016 win over Belgium. The 27-year-old is a free agent after being released by Championship side Reading. (Sky Sports)
Swansea lead the way in wanting to sign Robson-Kanu, but they face competition from Scottish champions Celtic, whose manager Brendan Rodgers worked with the Welshman at Reading several years ago. (Sunday Express)
Stoke may have to pay around £20m if they want to sign striker Saido Berahino, 22, from West Brom. (Stoke Sentinel)
Best of social media
Players and ex-manager Sir Alex Ferguson paid tribute to Ryan Giggs after Manchester United’s former winger left the club following 29 years of service.
Liverpool striker Mario Balotelli returned to pre-season training at Melwood after a year on loan at AC Milan…and arrived hidden in the back of a taxi. (Sun on Sunday)
Borussia Dortmund, who have qualified for the Champions League, wished Manchester United-bound midfielder Henrikh Mkhitaryan good luck in the Europa League next season in their official statement about the 27-year-old Armenia captain’s future. (Borussia Dortmund official website)