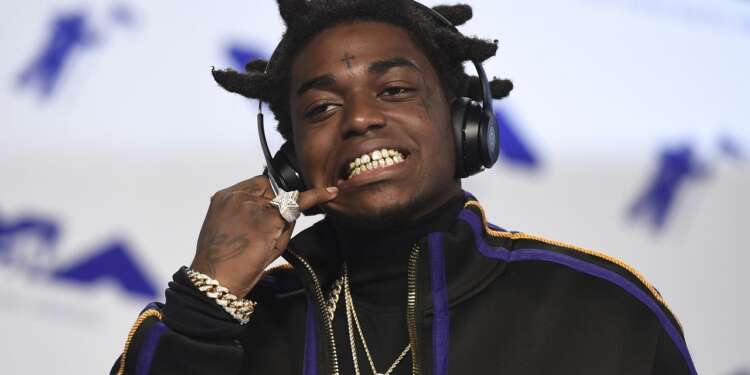 Rapper Kodak Black has been named as one of four people who were shot leaving Justin Bieber’s afterparty at The Nice Guy restaurant in LA after his entourage began fighting with a group in a red Ferrari.

Black, 24, also known by his legal name Bill Kapri, has been named as one of the victims after a total of 10 shots were fired, one of which wounded the rapper’s leg. 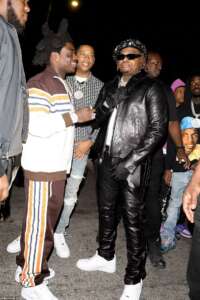 Rappers Black, Lil Baby and Gunna were leaving the party around 2:45 a.m. when a fight broke out with the rappers’ friends who were in a red Ferrari Sports Car, when Kodak Black took a swing at someone, TMZ first reported.

‘The fight was believed to have started with someone in Kodak Black’s entourage,’ a source told Page Six. ‘After others jumped in, shots were fired… and then all hell broke loose.’

People began running for their lives as shots broke out, according to eye witnesses.  Multiple shots were fired hitting three other men, aged between 19 and 60.

Two of the victim’s names have not been released but all four are all reported to be in stable condition. 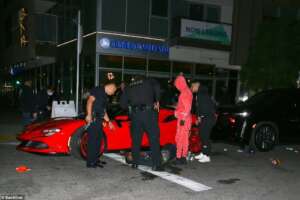 The shooters are still on the run and no arrests have been made, LAPD confirmed to DailyMail.com. No suspects have been named as the investigation remains ongoing.

Justin Bieber, 27, was hosting a star-studded afterparty at the swanky eatery following his earlier pre-Super Bowl performance at the Pacific Design Center. 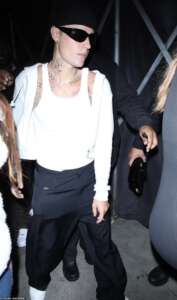 Video footage of the scene revealed the scuffle erupting outside the West Hollywood restaurant before 2.45am on Saturday after Black left Bieber’s pre-Super Bowl party.

At the scene, multiple men were seen brawling, including Black, only moments before gunshots were heard.

People began running for their lives as shots broke out and hit the four victims before the gunman left the scene.

Another part of the footage showed Schaefer sitting beside the Ferrari being helped by a female bystander after he had been shot in the leg.