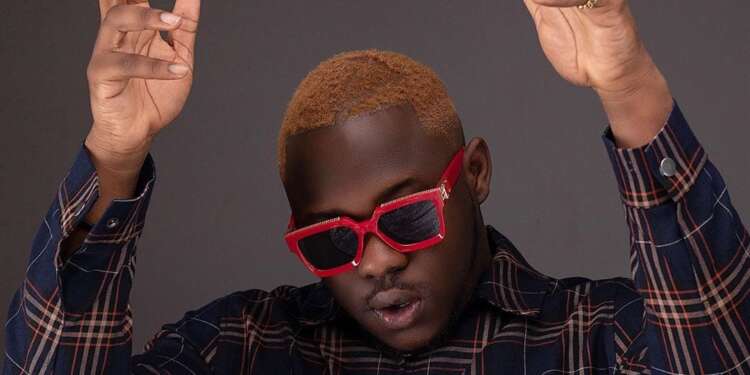 The forthcoming project is the Sowutuom rapper’s sophomore album.

Without giving much detail, he announced on Twitter on Monday, September 13: “WOLF … The album.”

RAED ALSO:  This is what Shatta Wale told Beyoncé, JAY-Z after losing out on 2021 MTV VMA

He later announced an album tour and praised his fans, saying: “Meditants, Medigang and AMG be the best!”

Medikal was recently in the news for walking off stage at this year’s 4syte TV Music Video Awards.

While other acts were performing with Medikal, the rapper left the stage in a manner that appeared to shock viewers. Speaking on Hitz FM, he detailed that he left the stage for Kuami Eugene to continue with his performance.

“I didn’t walk off stage to disrespect anyone…” he emphasized and explained that “it was planned that after we’re done performing that song, we were all going to get off stage for Kuami Eugene to do other performances”.

He added that “it’s a song we recorded for 4Syte TV. After doing my verse, I thought we were all supposed to leave but my colleagues were still on stage because they were not done with their part; I was done… It wasn’t a disrespectful act at all”.

According to Medikal, he went to sit down and that shows he wasn’t angry. “If I was angry, I would have left the venue,” he added.