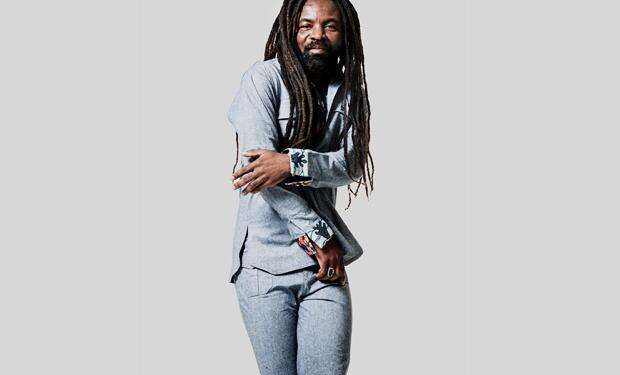 Legendary Ghanaian recording artist, Rocky Dawuni, is a two-time Grammy Award nominee for albums, Branches of The Same Tree, and Voice of Bunbon: Vol 1 As a humanitarian and an activist, he is recognized as a Goodwill Ambassador for the UN, and a Global Ambassador for the UN Foundation’s Clean Cooking Alliance. Named by CNN as one of Africa’s Top 10 Artists, he also received a nomination from the NAACP in the Outstanding World Music Album category. On Tuesday, the iconic Afro Roots musician joined Akosua Hanson alongside DJ Kess on the YLounge for an insightful conversation which covered topics across music and self-awareness.

Tell us why it is important to uphold the well-being of our environment.

“There are spirits in the trees; a certain reference and power to them. That means if we cut them, there will be no rainfall and all the forests will dry, and those are things people need to look at because water is the most important thing right now. If we don’t control our source of water, and we sell it to other foreign interests, one day we’re gonna be sitting in our own country and buying water from other sources. The youth of today who are the inheritors of this future have to make sure that their birthright is not taken for granted. They need to stand for what is right and what is theirs.”

Your song was recently featured in EA Sports’ games. Can you tell us how that came about?

“My fourth album was the album in which I started fusing cultural music, so I created a record called Book of Changes. When that record was released, there was a song on it called Wake The Town, and that was the first song to be featured in a video game. On the song, I had fused the sound with drums, and I worked with a drum orchestra; about 20 drummers. So when it started playing on the radio, everybody was like: “What is this sound?” Afterwards, I received a call and was told it was going to be used for a video game, and that’s how it launched me into the whole video game world. Then EA reached out and told me that they wanted first-listen because they wanted to put the song in their game. So when I talk about the culture, that is what I mean. Because I know what it did for me and I know what it has done for other people. You know, you have to be proud of who you are because your expression of truth is so absolute that nobody can question it. It becomes self-evident in the music, and I feel like music started representing my truth, and I think that is what has led my music all the way to the Grammys and back to the Grammys again.”

You’ve been on stage with some of the world’s biggest stars. What is your most memorable performance?

“It was definitely the one with Stevie Wonder. We have had the opportunity to share the stage twice. The first one was my concert. I was launching The Book of Changes, and I had a concert in Los Angeles and Stevie came there, and during the performance of Wake The Town, he sent a message saying that he wanted to join me on stage. It was a 14-minute piece with him on the harmonica and the whole crowd was singing. That was my most memorable. The one that followed after that was myself and him playing at the Hollywood Bowl with over 20,000 people. After that, he invited us back on stage for his finale to come and perform Higher Ground with him, which was the last song of his set. You don’t forget things like that. I grew up just looking at album covers of Stevie Wonder and reminiscing that one day I want to be a musician that can have the opportunity to meet this man. When I finally met him, it was almost like Deja Vu. Another musician that I’ve met and felt has had a great impact on me was Prince. I had the opportunity to spend some time with Prince. He came to visit me a few times and he invited me to his house a few times. He would have private concerts at his house and only invite about ten or fifteen people for a huge concert, and those were some of the best performances I’ve ever seen.”

Lastly, Dawuni shared that it was through his music that he was privileged to have the chance to connect, interact, and experience the company of such amazing artists. Up against names like Ho & Friends, Angelique Kidjo, Femi Kuti, & Wizkid for the Best Global Music Album at the 64th Annual Grammy Awards, Dawuni is currently in Ghana exploring the country and working on his next record.