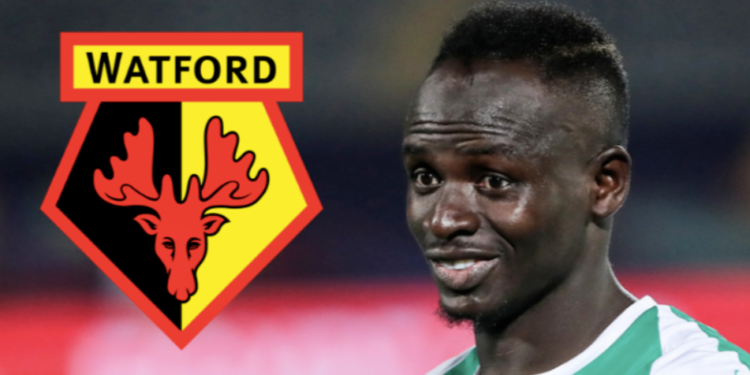 Liverpool winger Sadio Mane is “jealous” of Watford after they brought in Senegalese teammate Ismaila Sarr on transfer deadline day.
Sarr, who scored 13 goals in all competitions last season, completed a £30 million move from Ligue 1 side Rennes, becoming the club’s all-time record signing.

In a recent interview with The Athletic, the Liverpool star revealed that Premier League defenders “will struggle” to cope with the 6ft 1in winger.
“The first day he signed, I sent him a message to say good luck and that I was happy for him.” Mane said.
“He’s rapid. I think defenders will struggle. Last time I was speaking to Andy Robertson, I said “Watford have a really good player. I will need to help you more otherwise Ismaila Sarr will kill you, because he is a good dribbler and very, very fast.
“I’m really happy for him and he made the right choice to come to Watford. For sure I think he will be great.”

The 21-year-old made a huge impression during his time in France and clearly, Mane is a huge admirer of his talents.
Mane was then asked how he feels about Sarr joining the Premier League side, and it sounds like he wanted his international teammate to join the Champions League winners instead.
“Wow, a bit jealous, because I won’t see him in Liverpool.” he said.
“I feel I need to protect him at the beginning because even though he is a really good player it is not easy in the Premier League, because I had that sort of problem.
“If there are problems to start off with then people need to take care of him, go easy on him and especially the fans need to support him and give him confidence for a great future.”
sportbible.com