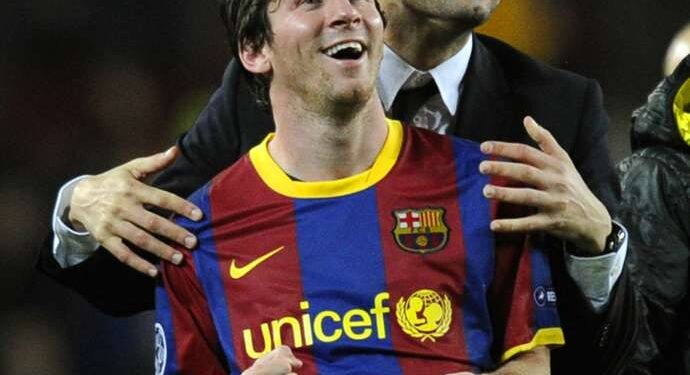 Samir Nasri is enjoying his football once again. Having left Manchester City for a loan spell with Sevilla over the summer, he is lighting up La Liga and is playing as well as he ever has before.
While speaking on French TV show L’Equipe du soir (via Daily Mirror), he explained the new lease of life he’s been given in southern Spain was inspired by Pep Guardiola giving him a very literal kick up the backside over his weight.
But the strangest claim the 29-year-old made was about Lionel Messi’s sex life and the rule Guardiola imposed on him when the pair worked together at Barcelona.
Nasri explained that when Guardiola arrived at City, he made the former France international train on his own as he was overweight.
Nasri had spent the bulk of the last year on the sidelines with a number of injury and personal problems, but once he’d got himself back into shape Guardiola actually campaigned for him to remain at the Etihad.
However, Nasri felt that he wouldn’t get a regular run of games in the side under Guardiola, and opted to move on in favour of more regular game time.
“I’ll be honest, I fell in love with (Jorge) Sampaoli.” Nasri admitted. “He’s a mix between Bielsa and Guardiola, with whom I was with in preseason and he made me realise some things. Guardiola told me that I was a mess, he told me several times and even kicked me in the butt, literally.
“When I returned from holiday having had a year with injury problems and personal life problems, I was a little out of shape. Not as much as what was said but a few, four kilos overweight; For Guardiola, over 2.5 kilos and you do not you train with the group.”
“Guardiola told me with your qualities you should not be at Manchester City, you should be at Barcelona. We had some discussions, he wanted me to stay and play for him. I told him no, because he couldn’t assure me a first team place, I wanted to play. He told me he thought I was making a mistake, but I still have a 2 year contract.
NO NOOKIE AFTER MIDNIGHT
Th real shock of Nasri’s interview came when he went into detail about the strict rule on sex that Guardiola imposes at every club he joins.
“For him, his players sexual activity must take place before midnight in order to get a good night sleep – even if they are free tomorrow.”
Fair enough, you might think, that isn’t a strange rule, there have been all sorts of stories about managers imposing full bans on sex so close to games, but not every manager will claim that it helped one of the world’s best players become who they are now.
According to Nasri, Guardiola claims that he sees this rule as being the key reason behind why Lionel Messi managed to stop picking up so many of the niggling muscular injuries that had threatened to hold his career back.
“He (Guardiola) said that he placed this rule on Messi and his muscles improved since.”
There’s no real way of proving whether this has been a contributing factor behind Messi becoming the world’s best player, but he’s managed pretty well with it, so we’ll have to take Pep’s word for it.
GiveMeSport.com