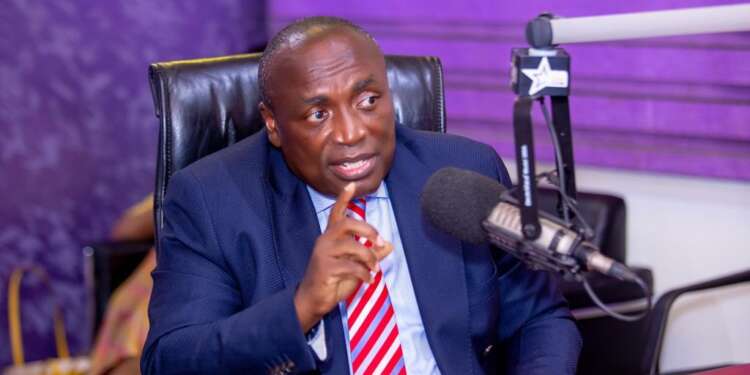 As a gentleman, Mr. Agyapong considers women as gems who needs to be treated with respect and love. He describes cases of sexual harassment as “a serious matter which needs to be addressed without delay.”

As an active member of the Methodist Men’s Fellowship after interviewing 20 young ladies, Mr Agyapong said “it urgent the canker is brought to an end as it has reared its ugly head in government agencies and ministries.”

“I deliberately spoke to over 20 young ladies and 17 of them said they were being asked for sexual favors before they got jobs. This is a very serious matter no one wants to talk about including the fore front women fighting for women emancipation. They never mention it as if it’s an elephant in the room,” he said in an interview on an Accra based radio station.

According to him, drastic sanctions must be taken against both men and women who are found to be harassing others.

“I think we must begin to name and shame people, and punish them for engaging in such an act.”

Sharing an incident which strengthened his resolve to fight sexual harassment, he revealed, “I realized this when some ladies came to me for sponsorship and just like my modest self I was able to give them something. They came back after leaving my office to tell me I was the only person they had been to who had not asked for a sexual favor in return for helping them. These are some important national issues we have to address.”

Civil Engineer and Politician further called for a national orientation on the subject. “We need to deal with this and the men have to lead. We must be confident to woo a lady if you want her and not use the advantage of your office to do that.”

He added “We need to fight this and if you don’t want it to be done to your daughter, then don’t do it to someone else’s.”

The Ghana Labour Act 2003 in section 175 defines sexual harassment as an unwelcome, offensive or importunate sexual advances or request made by an employer or superior officer or co-worker, whether the worker is a man or woman.

Currently, there are no laws to protect women from sexual harassment, however, Labour Act requires the employer to take action against harassment at the workplace.