Shatta Wale soars again, grabs nomination at the BreakTudo Awards 2022 with ‘On God’ 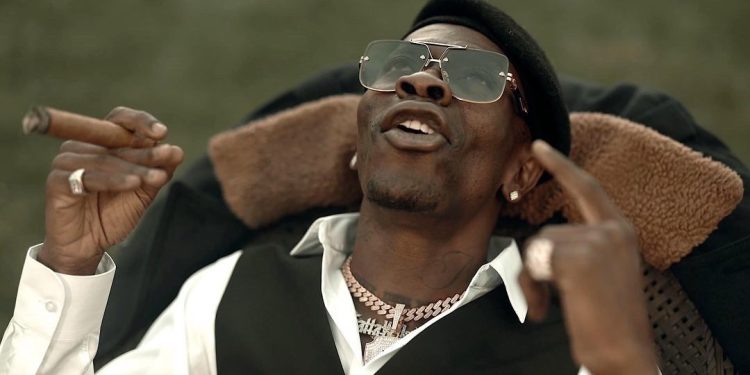 Shatta Wale soars again, grabs nomination at the BreakTudo Awards 2022 with ‘On God’

‘Africa’s Dancehall King’, Shatta Wale has garnered media attention once more, but this time for cloacking another record.

Shatta Wale’s well-known song “On God” has been nominated for this year’s “Anthem of the Year” award by the Brazilian BreakTudo award programme.

He is the only other nominee from an African country to be selected in that category.

Wizkid, Burna Boy, Rema, and other well-known African performers are up for awards in different categories.

In April 2022, Shatta Wale released On God, a song in which he lashes out at haters. Over 4 million people have watched the music video on YouTube since it was posted.

The “Gringo” singer responded to the nomination by retweeting the item on his page thanking the award’s sponsors.

The Brazilian award show known as the BreakTudo Awards recognises performers from a variety of fields, including music, film, television, YouTube, and TikTok content makers. On the website and Twitter account for BreakTudo, users can cast votes for their preferred nominations from those chosen by a reliable panel of judges.

This year’s awards ceremony will take place on November 22 and be live streamed on Yeeaah TV, Box Brazil Play, and Telemilenio’s YouTube site.

On September 6, the complete list of nominees for the 2022 BreakTudo Awards was announced, and Shatta Wale was up against foreign talents.

Cardi B admits to assault charges from strip club

Cardi B admits to assault charges from strip club