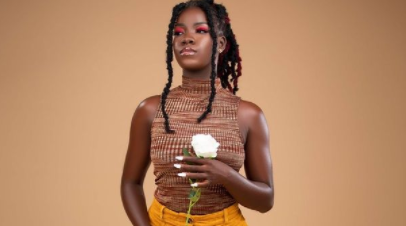 The ‘Miss U’ hitmaker with reasons best known to herself broke the news on her Instagram page.

In the post, she thanked her fans, music enthusiasts and bloggers for their immense support and contributions to her craft and music career.

“Thanks to you all for the support since 2017. Thanks to all bloggers and all the media I can’t thank you enough and I wish I can bring out a well written letter,” she wrote.

“Don’t be surprised to see me in a different world and not that of music,” she remarked.

Dhat Gyal started her music career in 2016 after she lost her mum. She started reproducing and posting renditioned versions of songs including Stonebwoy’s ‘Say It’ and Shatta Wale’s ‘Low Tempo’.
She has since released one hit single ‘Miss U’ and perform on major shows across the country.

Dhat Gyal at a point in her life was sponsored to study Fashion and Design at the Joyce Ababio School of Fashion.

In all Dhat Gyal wishes to do, yfmghana.com wishes her the best in her endeavors.

Interacting with the Ghanaian community enlightened me – French Ambassador

A Career Plan was not the only focus – H. E. Anne Sophie Avé

A Career Plan was not the only focus - H. E. Anne Sophie Avé