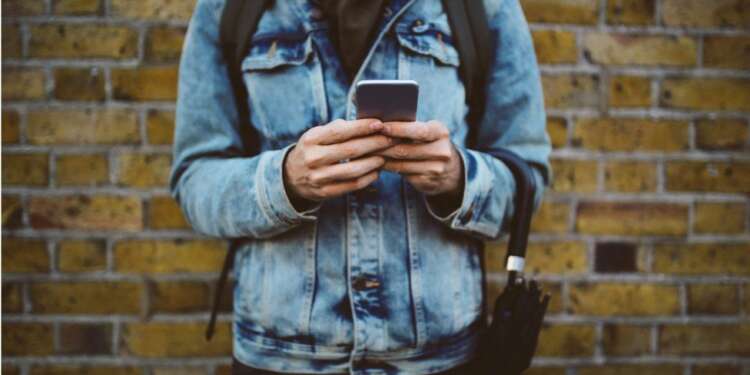 On social media, there’s a new type of influencer. But instead of promoting clothing lines and lifestyle products, they promote fraud.

They flash stacks of cash, hide their faces, and some even lure new recruits by selling guides on committing fraud.

You’d think these scammers and their illegal products would be hard to find, and once upon a time, they were, hidden in the shadows of the dark web. But not any more.

As part of an investigation for BBC Panorama, I discovered just how easy it was to make deals with fraudsters and purchase fraud guides online. I also unmasked one anonymous influencer who has been selling them

On social, perpetrators of online retail fraud refer to it as “clicking”, making it seem more innocuous.

But committing fraud – which is defined by the police-run service Action Fraud as using trickery to gain a dishonest advantage, often financial, over another person – can lead to up to 10 years in prison.

The guides being traded are known as methods.

They can target banks, retailers and even the government’s Universal Credit system, leaving organisations and members of the public out of pocket.

And they all rely heavily on something known as fullz, slang for full information.

These are the personal details of an unconnected person: typically an individual’s name, phone number, address and bank details.

With the fullz in hand, fraudsters can follow the steps in the guides to make online purchases or even take out a loan in someone else’s name.

We had unmasked the masked fraudster but who was he?

His social media posts are anonymous, but we discovered that his songs were also listed on Apple Music. On one of his tracks, the copyright isn’t listed to Tankz, but to what seems is his real name: Luke Joseph.

It didn’t stop there. We discovered an email sent from Tankz’s official address which also made a reference to the same name. There was even an eBay account under the name of Tankz, where Luke Joseph is the contact address.

Finally, we discovered that there was someone of the same name living in the same student accommodation block in Wembley. It seems that Tankz may be a London student called Luke Joseph.

We contacted Luke Joseph, and Tankz, but we didn’t get a response.

His TikTok, Instagram and Snapchat accounts were removed by the respective social media platforms after Panorama notified them about the content.

Since then, he has created a new TikTok account where he continues to post about his life.

So what are the wider authorities doing to crack down on online fraud and those who promote it?

Fraud-related content was not originally set to be included in this Online Safety Bill, but at the last minute the government changed its mind. The word “fraud” is still absent, but it could be covered by what the bill refers to as “illegal content”.

Some have voiced concerns that it won’t specifically address the problem.

Arun Chauhan, a solicitor specialising in fraud, says he thinks the bill “is not fit for purpose in the fight against fraud”.

But a government spokesperson told Panorama the new law would “increase people’s protection” from scams, and said they “continue to pursue fraudsters” and “close down the vulnerabilities they exploit”.

They said that they took fraud very seriously and were constantly clamping down on criminal content.

The question is whether they can take it down faster than it’s being posted.