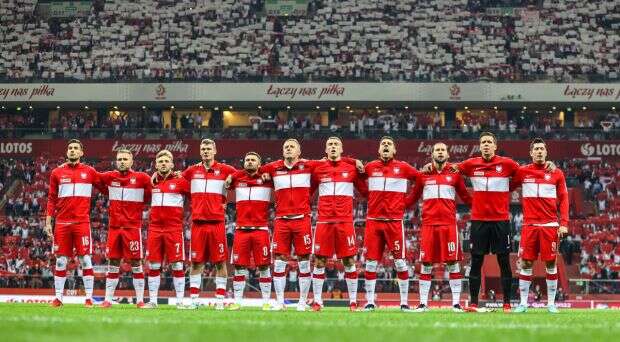 Poland’s Football Association president has said the nation will refuse to face Russia in a World Cup playoff, in protest against the invasion of Ukraine. Another potential opponent, Sweden, have also backed the move.

“We can’t pretend that nothing is happening,” Robert Lewandowski posted on Twitter.

The Bayern Munich star was one of many Polish players to immediately back a decision from the Polish Football Association to boycott an upcoming World Cup playoff match against Russia.

It is the latest protest from the football world against Russia’s invasion of Ukraine, with clubs terminating sponsorships with Russian companies and European governing body UEFA stripping Saint Petersburg of hosting right for the Champions League final.

So far, however, there has been no move from global overseers FIFA to ban Russia from participating in the World Cup, or from UEFA to banish Russian clubs from its continental competitions.

The Polish FA has taken the matter into their own hands, with Poland FA president Cezary Kulesza writing on Twitter, “No more words, time to act!,”

“Due to the escalation of the aggression of the Russian Federation towards Ukraine the Polish national team does not intend to play the playoff match against Russia. This is the only right decision. We are in talks with Swedish and Czech association to bring forward a joint statement to FIFA.”

The two nations were due to face off in Moscow next month, with the winner playing either Sweden or Czech Republic for a place at the Qatar World Cup. Sweden later backed Poland’s stance. “The men’s national team will not play against Russia, regardless of where the match is played,” the Swedish FA posted on Twitter.

The Poland national team released its own unified statement on Twitter as well, saying they “do not intend to play in the playoff match against Russia.”

“It is not an easy decision, but there are more important things in life than football. Our thoughts are with the Ukrainian nation and our friend from the national team, Tomasz Kedziora, who is still in Kiev with his family.”

It is the right decision! I can’t imagine playing a match with the Russian National Team in a situation when armed aggression in Ukraine continues. Russian footballers and fans are not responsible for this, but we can’t pretend that nothing is happening. https://t.co/rfnfbXzdjF