There is no VIP section in jail – Medikal advises Ghanaians

by bmensah
in Arts, Entertainment
0 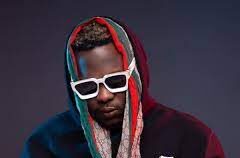 Medikal shares his biggest torment from spending days in jail

Ghanaian hip hop musician, Samuel Adu Frimpong otherwise known as Medikal, has advised Ghanaians to be careful with the lives they live and also appreciate the sense of freedom they have.

The hip hop artiste on his twitter page wrote that Ghanaians should appreciate freedom as there is no VIP section in jail. He also added that the law is no respecter of persons.

“There is no VIP section in jail, when you wake up to see an inmate taking a shit right before your eyes in the same room with the smell and everything, you will cherish freedom. Be extra careful in this life, no one should end up there, it is not a place to be!” He posted.

The arrest and remand of Ghanaian musicians Shatta Wale and Medikal, made headlines few weeks ago.

Shatta Wale and two of his boys were arrested in connection with the alleged fabrication of a story purporting him to have been shot by an unknown assailant, whilst Medikal was arrested and remanded for brandishing a gun on social media.

Shatta was remanded into prison custody for one week while Medikal was remanded for five days. They were both granted 100,000 cedis bail.

Following their bail, the Inspector General of Police, George Akuffo Dampare held a private meeting with the stakeholders of in the creative industry to engaged their concerns with the Ghana Police Service.

The ‘Taking over’ and ‘Omo Ada’ hit makers also collaborated to make a song dubbed ‘Jail Man’ to educate people on their experience in jail.