There is possibility of vote-rigging in the 2020 election, Ghanaians react in latest poll 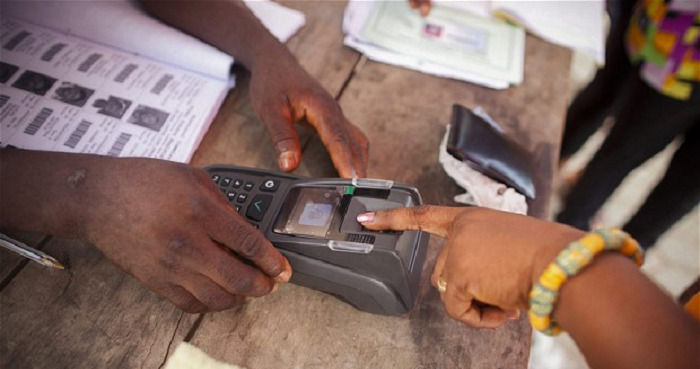 There is possibility of vote-rigging in the 2020 election, Ghanaians react in latest poll

0
SHARES
6
VIEWS
Share on FacebookShare on TwitterShare on Whatsapp
50% of Ghanaians surveyed in the Ghana Election Poll showed no confidence in the country’s electoral system with the view that the 2020 elections could be rigged. However, 30% did not think so and the remaining 20% were not sure if the elections could be rigged. These findings are part of the first wave of results of the Ghana Election Poll conducted online via the renowned market research firm MSI-ACI from May 1 through to June 30. Out of the weighted sample of 792 adults, both males and females, by an equal margin, think vote-rigging is possible in the upcoming election. Across ages, there is a general perception that the upcoming elections could be rigged and it appears suspicion of vote-rigging is high in the Greater Accra Region as compared to other regions. There is less suspicion of vote-rigging in the other regions. Results for the full sample have a margin of sampling error (with finite population correction) of plus or minus 3.482%. A representative sample of the Ghanaian population was achieved by weighting (matching) the data according to age and gender demographics of the 2010 population and housing census and the Ghana Living Standards Survey (GLSS 7). Seven questions were asked in the first wave of the Ghana Election Poll and their corresponding results would be published within the next three weeks. The questions include: • Do you plan to vote in the 2020 election? • If the December 2020 elections were to be held today, which party do you feel will win? • Do you think Akufo-Addo has fulfilled his promises well enough to deserve re-election? • Do you think former President John Mahama deserves to return as President of Ghana? • Do you think it is time to vote another party into power apart from the NDC and NPP? • Do you feel there is a possibility of vote-rigging in the 2020 election? • Who are you planning to vote for if the 2020 elections were held today? The Ghana Election Poll is powered by GhanaWeb and the Africa Consumer Panel which is a cooperation between the digital publisher Africa Business Communities and renowned market research firm MSI-ACI. The online poll is conducted every month and the results are published at the beginning of every other month on GhanaWeb.com. It is devoid of spam as the respondents can take the survey only once. The MSI-ACI platform that hosts the survey records the device on which the respondent takes the poll and does not allow for a second attempt from the same device. The Ghana Election Poll is different from the open-access poll which is running on GhanaWeb. The latter allows participants to self-select into participation and its results cannot be generalized because it is a representative of only the participants of the poll. Click here to take part in the second wave of the Ghana Election Poll. Source: ghanaweb.com
Previous Post