There’s unity among female artistes in the industry – Gyakie 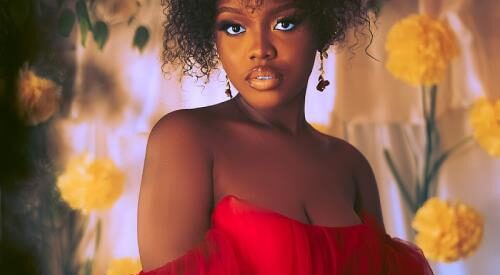 *There’s unity among female artistes in the industry - Gyakie*

Gyakie, the record producer of smash hit ‘Forever’, has debunked claims and assertions of indifferences and divisions among female artistes in the Ghanaian music industry.

The singer and songwriter made these statements in a recent interview on Y 97.9 FM during the ‘Y Entertainment Podiom’ show with Hypeman Ferggy.

She stated that there was unity among female artistes but could not be compared to that of the male artistes. She also stated that she usually got random messages from her colleague females and sometimes older females who were in the music industry before she came.

“There’s unity among us, in as much as it is not as tight as it this as the guys, but there’s no feud that I know of, because whenever we get to meet up at an event everyone is lively and down to speak with each other and I sometimes get messages from my seniors in the industry as well as my colleagues as well,” she said.

She also revealed that he had plans in collaborating with many artistes in the country with much on female artistes in Ghana.

“I am actually going to do a lot of collaborations with artistes, especially with the female artistes in the Ghanaian industry”, she added.

Gyakie was in Takoradi for a media tour promoting her new single ‘Something’. She also graced the SRC fun fair of Ahantaman Girls and blessed patrons and students with an awesome performance.