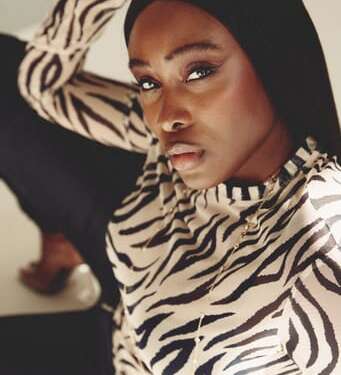 Tolani has bounced back from her one-year hiatus with a new single titled “Fire On The Mountain (FOTM).”

The Big Fish-produced song touches on a couple whose relationship is on the verge of tearing apart and the desire of a partner wanting to check the other’s phone. Tolani described FOTM as a mixture of genres but categorized it as Afrobeat Alternative and RnB. She released her latest single, FOTM, on September 16th, 2021, and announced that the music video would be released soon.

The “Liar” hitmaker shared with YFM her reason for taking a break from music. “2020 was a crazy year,” she said. “I took a break from music due to a condition I suffered from.” She told Jonny Stone on the MydMorning Radio Show.

Tolani Otedola further confirmed the release of her debut project in the first quarter of 2022. She asked fans to anticipate good and relatable music from her upcoming project. The singer expressed her desire to visit Ghana and connect with her favorite artists such as King Promise, Gyakie, Black Sheriff.

Tolani is a Nigerian singer, songwriter, and entertainer. She officially made her debut in 2017. She is the first daughter of Nigerian mogul and billionaire Femi Otedola and sister to disc jockey DJ Cuppy and actress Temi Otedola.

When asked how it feels to be a member of the Otedola family, she spoke about how hard it was for her to come to terms with it because she is naturally reserved and shy. She later expressed how proud she is of her family’s achievements.