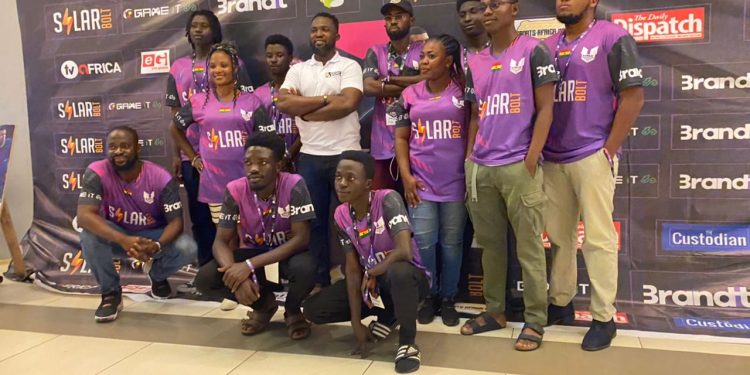 Ghana’s capital, Accra, came to a standstill as the qualifying stage of the Ultimate Pro Gaming (UPG) FIFA22  Esports Tournament commenced on Friday, September 2, at the Game It Up Arena, Marina Mall.

After weeks of preparation and orientation and having completed the necessary registration processes, four (4) teams comprising of three (3) players and a manager, were paired against one another to battle it all out for their fate in a two day affair.

Cougars Esports went up against Team Xplosion while Team Falcon battled Tema Esports in what proved to be a rigorous yet thrilling contest.

Having played the “Home &Away” format, Team Xplosion represented by ‘Flow Burner’, ‘X Stanley The Professor’ and ‘Xgenie with ‘CJ’ as manager, squeezed the breath out of the players from Cougars in just two rounds.

On the other side of affairs, Tema Esports who had an impressive first round were bossed over by Team Falcon, represented by ‘Gamergirlnica’, ‘Wicked&Jovial’, ‘Paada’ and ‘XTx’ (Manager).

Despite making the cut to represent Accra in the finals, Team Xplosion and Team Falcon had to go head to head to claim the bragging right as ‘Champions of Accra’.

The encounter between these two teams was arguably the best moment of the tournament with lots of skills, tricks and certainly jawbreaking showboating as they proved to be the best of the best.

In attendance were the Acting President of the Ghana Esports Federation, Igor Boumekpo, scouts, and representatives from All Games Ghana and eSports Africa.

Sharing his remarks, the Founder and President of Ultimate Pro Gaming (UPG) Esports Agency reiterated, “Everyone who witnessed what happened here today can attest to the fact that there are massive talents in Ghana and we need esports to thrive in this country. The competition doesn’t reward winners only, but we want to give every young dreamer the chance to be able to follow their passion, live their dreams and become world greats in esports. Accra has its winners now Takoradi is next to decide and finally Kumasi. After today, I beleive the final contest is going to give us what we have never seen before and for corporate bodies this is the best time to invest in such brilliant and young talents.”

The qualifiers for Takoradi are scheduled for 30th September to 1st October,2022 with registration currently ongoing.