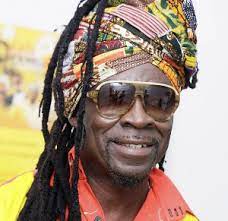 The Music Maestro, also known as Mr Music Man, Kojo Antwi, has resolved that the highlife music genre does not have to die in the course of birthing new genres.

Speaking on the Myd-Morning Radio Show on Y102.5FM, Kumasi with Naa Dzama, he expressed his strong belief in the fact that highlife can co-exist with other genres.

“I wouldn’t say highlife music is dying because highlife was someone’s creation and we just adapted it as our own so I believe we have to grow it as a nation. When you go to the US, they have so many different genres of music like country music, RnB, and many others but it’s all coming from them”, he said.

“I hear a lot of highlife in the gospel music that is coming out now and you also have the highlife feel in what the young ones are doing. It’s just the tone and the beat that is changing but my little observation is that when it comes to our young guys speaking pidgin, they are trying to imitate the Nigerian Pidgin but we have our own type of pidgin”, the Music Maestro added.

According to Kojo Antwi, this is where the younger generation of artistes are swaying, hence if they stick to the Ghanaian type of pidgin instead of trying to copy the Nigerian type, then they will be on track.

He also noted that we need to see the changes in Ghanaian music as an evolution from highlife, not a slaughter or killing of highlife to birth other genres because bits of highlife still exists in the new genres being introduced.

Kojo Antwi was recently honored by Otumfuor Osei Tutu II with the Millennium Excellence Award-Gold Coast Honor, in high recognition of his lifelong commitment to national cohesion and stability. The award was presented to the Music Maestro in the presence of the President, Nana Addo Dankwa Akufo-Addo, as well as other eminent statesmen and women.

Collaborating with young artistes comes naturally to me- Kojo Antwi