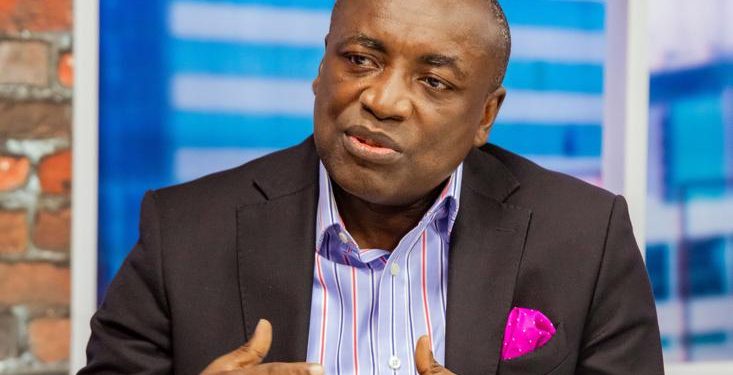 We must be truthful with Ghanaians" - Kwabena Agyepong

0
SHARES
78
VIEWS
Share on FacebookShare on TwitterShare on Whatsapp

Engineer Kwabena Agyei Agyepong, former General Secretary of the New Patriotic Party (NPP), has called on the government to be bold enough to tell Ghanaians which areas of the economy it cannot afford to spend money on.

“We cannot spend what we do not have and we must learn to live within our means,” Mr Agyepong said. He said this in an interview on Class FM’s morning show hosted by Kofi Oppong Asamoah.

This call has been necessitated as it is believed it will repose confidence in the citizenry. He added that it is sad to continue to go borrowing to meet our national budget deficits, adding that no one takes pride in borrowing.

Admitting there is a general global economic melt down, Ghana is where it is as a result of the collective unpatriotic attitude. He chronicled these negative acts; as the issue of over-invoicing and under-invoicing, particularly at the ports, resulting in the realization of just about 20 percent of our supposed port revenues, collusion and conniving by civil and public servants to divert state funds, and other corrupt practices that have characterized our way of life, as a people.

Mr Agyepong questioned why we must invest a whooping € 500.00m (five hundred million Euros) in the proposed 18-kilometer Accra-Tema motor way reconstruction project; and said there should be value for money in our national expenditure culture.

He regretted that the spirit of nationalism and volunteerism seems to have disappeared from the Ghanaian and advised that it is about time to look at ourselves and bring back our cherished values.

The NPP flag bearer hopeful opined that we can consolidate and merge some of our ministries to bring government overheads down.

He also believes that the procurement agency must be scrapped because it is another means of corruption, where any new government policy seems to be an opportunity for people to do their own thing.

Mr Agyepong reinterated his political philosophy; hinged on the 3S’s Service, Sacrifice and Selflessness which he said is people-centered, strong respect for Ghanaian values and a deep sense of love for one another. This, he believes, will translate into prosperity for the nation Ghana.