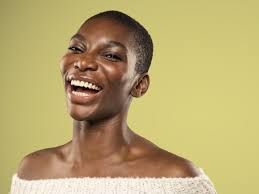 Michaela Coel, the first Ghanaian female to ever receive nominations for the Emmy Awards is continually breaking boundaries as she has just been listed as part of the cast for the sequel, “Black Panther: Wakanda Forever”.

Although Michaela’s character in the Marvel production is still undisclosed as at now, reports indicate that she has already commenced filming at the Pinewood Studios in Atlanta where production began last month.

The script was reportedly edited following Chadwick Boseman’s death from colon cancer last year. Coel will be joining other known characters like Danai Gurira, Letitia Wright, Daniel Kaluuya, Winston Duke, Lupita Nyong’o, Florence Kasumba and Angela Bassett who will be maintaining their roles from the original.