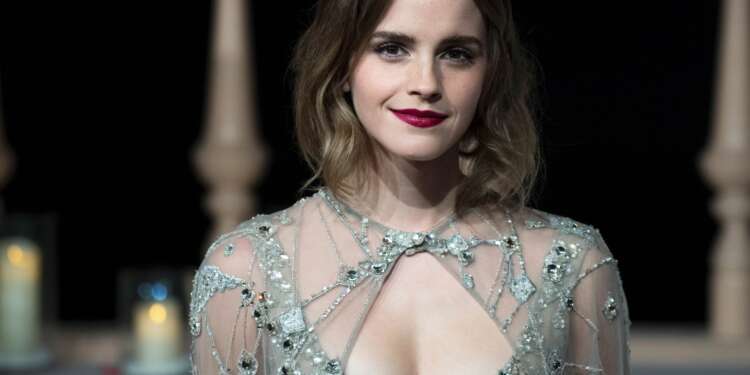 Emma Watson  has been accused of using her brief moment on stage at the BAFTA film awards to seemingly criticise Harry Potter author JK Rowling over her stance on transgender issues.

The actress, 31, who is best known for her role as Hermione Grainger in the film adaptations of Rowling’s books, appeared to take aim at the author when she introduced an award at last night’s ceremony at the Royal Albert Hall.

Host Rebel Wilson had introduced the star to the stage by saying: ‘Here to present the next award is Emma Watson. She calls herself a feminist, but we all know she’s a witch.’

Ms Watson then emphasised: ‘I’m here for all the witches’ – an apparent nod to Ms Rowling’s previous statements about transgender issues and her recent criticism of Labour leader Sir Keir Starmer for saying ‘trans women are women’.

Despite being cheered by some members of the audience after making her comments last night, many viewers on social media criticised Ms Watson for her stance.

One said she had sounded like an ‘ungrateful woke brat’ in choosing to use the BAFTA platform to criticise the woman who forged her early career.

Another wrote: ‘It’s a good job @jk_rowling plucked the fiery, ungrateful @EmmaWatson from obscurity all those years ago, because she has zero acting range, apart from looking down her nose at those who dare to stand up and be counted against the cancelling #woke brigade.’

A third said Ms Watson was ‘absolutely awful’ and was ‘so desperate to please her trans fans’ that she has ‘s*** on all women & ironically the very woman who made her.’

Another tweeted: ‘She should count her lucky stars JK Rowling stuck with her. She owes her a heck of a lot, she needs to stop biting the hand that feeds’.

A fifth wrote wrote: ‘Emma Watson, a woman, the feminist that can’t define what a woman is? The one that is famous because of JK?’. Emma Watson’s representatives have been approached for comment.

Miss Rowling has faced a continued onslaught of accusations of transphobia since publishing an essay on her website in July 2020 in which she argued that biological sex is real.

She also revealed she was ‘a domestic abuse and sexual assault survivor’. She was labelled a TERF – trans-exclusionary radical feminist – after taking issue with the term ‘people who menstruate’.

In December she was once again forced to deny that she is transphobic as she argued for sex, not gender identity, to be the ‘basis of decisions on safeguarding’.

Harry Potter stars Daniel Radcliffe, Rupert Grint, Miss Watson and Evanna Lynch, who recently reunited for the 20th anniversary of Harry Potter and the Philosopher’s Stone without Miss Rowling, are among those who have condemned her.

The author previously revealed that ‘hundreds of trans activists have threatened to beat, rape, assassinate and bomb me’.

She vowed to continue speaking out after she named and shamed three activists for posing with signs reading ‘Don’t be a cissy,’ ‘Trans liberation now’ and ‘Trans rights are human rights’ outside her house in Edinburgh in November.

Others who criticised Ms Watson for her apparent opposition to Ms Rowling included one who said that the star ‘needs to remember whose talent it was that put her in the position she’s in.’

They added: ‘JKR has more talent in her little finger than EW can ever dream of having.’

Another said: ‘She should count her lucky stars JK Rowling stuck with her. She owes her a heck of a lot, she needs to stop biting the hand that feeds’

However, some viewers praised Ms Watson for her stance. One said she ‘couldn’t love her more’ for aiming what was ‘absolutely a dig’ at Ms Rowling.

A third chimed in to add: ‘was that a jibe by emma watson at jk rowling? what a QUEEEEENNN’.

Ms Wilson had taken aim at Ms Rowling earlier in the night, when she joked about her recent weight loss.

Referring to a picture of her at the 2020 ceremony that appeared on screen, she quipped: ‘That was me two years ago and since then I’ve done quite a transformation – I hope JK Rowling still approves.’

It comes after Ms Rowling took aim at Labour’s Sir Keir after he was asked in an interview to define what a woman is.

He said: ‘A woman is a female adult and, in addition to that, trans women are women, and that is not just my view – that is actually the law.’

Sir Keir, the former Director of Public Prosecutions, added: ‘It has been the law through the combined effects of the 2004 [Gender Recognition] Act and the 2010 [Equality] Act.’

In a series of furious messages on Twitter, Ms Rowling then wrote: ‘I don’t think our politicians have the slightest idea how much anger is building among women from all walks of life at the attempts to threaten and intimidate them out of speaking publicly about their own rights, their own bodies and their own lives.’

She said she had received ‘thousands of letters’ from women across the political spectrum who were ‘outraged and angry at the deaf ear turned to their well-founded concerns’.

She added: ‘Now Keir Starmer publicly misrepresents equalities law, in yet another indication that the Labour Party can no longer be counted on to defend women’s rights. But I repeat, women are organising across party lines, and their resolve and anger are growing.’

Ms Rowling gave a £1 million donation to Labour in 2008 but has become increasingly critical of the party’s stance on trans issues.

In response, Ms Rowling suggested the party wanted to rename International Women’s Day to ‘We Who Must Not Be Named Day’, a reference to Harry Potter’s fictional nemesis Voldemort, called He-Who-Must-Not-Be-Named.