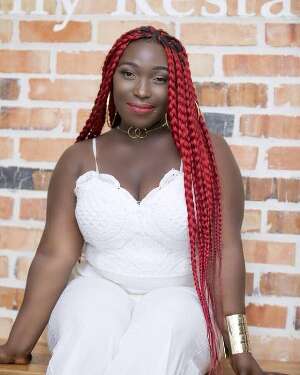 Multiple award-winning artiste Eno Barony has urged Ghanaians to accommodate and present women with opportunities to prove their worth and be successful.

She made these assertions in an interview with Y 102.5 FM’s NYDJ during the ‘Ryse N Shyne’ show. Eno mentioned that women had the most issues in society that were not spoken about. She went on to mention that women would be successful if given room to prove their worth.

“I feel like women have the most issues in society, but we are talked about the least because we are only talked about when it’s negativity. But then I feel like if women are given the opportunity and given room to prove their worth, they will be successful,” she said.

The ‘God Is A Woman’ hitmaker further disclosed how things had changed after she won the 2021 VGMA rapper of the year award and influenced other females around the globe.

“After I won a lot of things have changed, people were like Eno deserves this and Eno has proven to the to the world and the girls out there they are capable of changing narratives too,” she said.

Ruth Eno Adjoa Amankwah Nyame, better known as Eno Barony, is a Ghanaian rapper and songwriter. Born in Tema, Accra, she released her debut single, “Wats Ma Name” and also “Tonga”, the remix of the track “Tonga” by Joey B ft Sarkodie in 2014 that lifted her into the limelight. It was claimed she was the first Ghanaian female rapper to hit a million views on YouTube.

Eno Barony explains the motive behind her new song ‘4Eva’