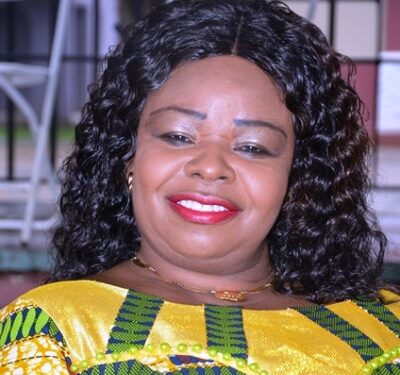 President of Breast Care International, Dr. Mrs. Beatrice Wiafe Addai has featured as the latest guest of the Y Leaderboard Series to inspire the Ghanaian youth.

She had an insightful conversation with Y107.9FM’s Rev. Erskine where she spoke about her childhood, education, family, career, and some nuggets of wisdom.

Growing in an era where female education was not valued, Dr. Wiafe Addai says it took a lot of persistence on her side to sail through the educational system.

The situation was even more uncomfortable when there was constant opposition from her father.

“My father wanted to educate all of us but his attention was on the men and not the women because he had more boys than girls. During that time a woman’s education always ended up in the kitchen so why waste time and money? At a point, he told me that ‘now that you can read and write I think you should let your other siblings also go to school and stop school’”, she told Rev. Erskine on the Y Leaderboard Series.

With the support from her mother and her teachers, however, she was able to excel in school.

The doctor moved on to pursue higher education in the Soviet Union. Dr. Wiafe Addai basked in the pride of being the first Ghanaian to pursue her education at the Medical University in Zaporizhzhia.

“I happen to be the first Ghanaian to have entered into the medical university in Zaporizhzhia. It was after me that some Ghanaians came to pursue pharmacy and medicine. In medical school, my pictures were put in the dean office as the best student”.

Despite the enticing life at the Soviet Union, the celebrated Breast cancer Surgeon and Philanthropist shared that her love for Ghana moved her to quickly relocate to the country after her studies in the Soviet Union. “We went there and saw the good roads, the constant electricity, constant water, transportation and so we also wished our country will become like that”.

Speaking on family, Dr. Wiafe Addai revealed that she met her husband during her days in the University at the Soviet Union. She also praised her husband for his support.

Reflecting on how her persistence to pursue her education had brought her this far, she advised the youth to always make “a strong case” about what they wish to pursue in life when their parents oppose, but doing so in a respectful manner.

“Even as a child if you have something on your mind and you are able to explain yourself and articulate your feeling; not being rude, they [your parents] will also listen to your thoughts”, she added.

Programmes Manager of YFM Accra, Eddy Blay, had this to say about the interview with Dr. (Mrs.) Beatrice Wiafe Addai: “We are honoured to have hosted the one lady championing the course of Breast Cancer awareness and its related diseases in Ghana. Her hardwork and commitment to this course is enviable. Our hope is that she is able to inspire the young ones out there who had the opportunity to listen to her today.