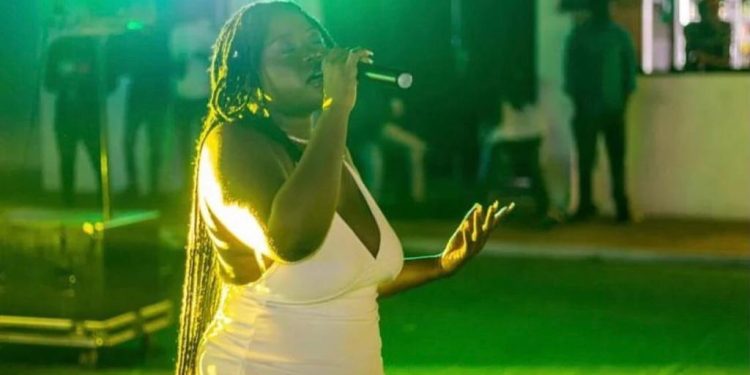 On Friday, June 10, tribes of people gathered in numbers to celebrate Alternative music in grand style. Held at Serallio and Powered by Jameson, the event boasted an art exhibition by renowned artist, Casso, a pop-up by Camouflart, and performances by some of the hottest alte artists on the scene. Alternative Lounge is an extension of the YLounge; a platform which is solely dedicated to providing alte artists with the spotlight to showcase their craft, and this time, it was taken to the streets of Osu!

Although the rain proved to be relentless, the show kicked off at 8pm with Papa Atey setting the pace for the evening. Off his debut EP, ‘Tangled’ he performed three songs that left the crowd cheering and applauding. Joined by Kwesi Soul, they went on to perform ‘Faux Pas,’ their collaborative effort which blew audiences away.

Juma Mufasa followed with a thrilling set which witnessed people singing the lyrics word for word. Performing tracks from his 2021 EP, Children of The Sun, he couldn’t end his set without letting the audience hear his traction-gaining release, ‘Jealousy’ featuring Essilfie.

Styled in a white mini gown with a slit on the side, Essilfie did not hold back as she delivered powerful and soulful vocals, leaving most in awe. Performing songs from her debut EP, ‘Tori’s Lounge’ she signed off with the fan-favorite, Aben Woha.

“Hip Hop is dead?” I don’t think so! Kwesi Soul stunned the Hip Hop heads with catchy tunes from his 2021 debut project, Harmattan Rain. Further emphasizing on his strengths as a rapper and a multi-diverse artist, he performed the Tulenkey-featured jam, Money Bounce from his 2022 EP, Live A Little.

Avit swayed the audience as he transitioned from one song to the other. He closed the show with the Kuvie-produced Election Day from his debut EP with the same name. Released in 2020, Election Day speaks about the political abuse of power and the rising economical issues of the country.

The Alternative Lounge event (the first of its kind), was hosted by Akosua Hanson.

I want to introduce a new sound to Ghana – Grammy nominee