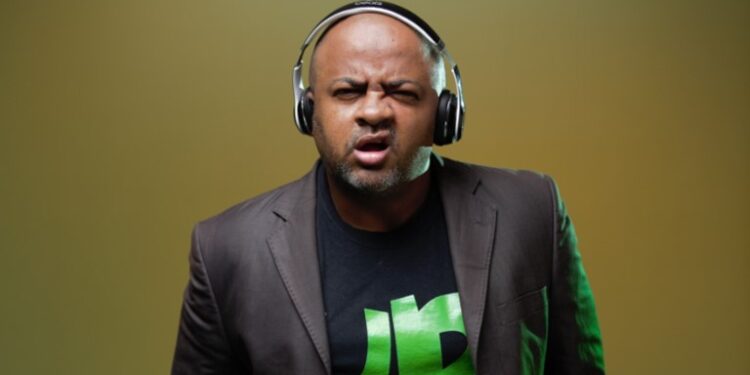 Programmes Manager for Ghana’s most innovative urban radio station, Y107.9 FM, Eddy Blay, has been named part of the eight- (8)-Member Board of the 4th edition of the Ghana Entertainment Awards-USA.

The 2022 edition of the biggest Ghanaian entertainment gathering in the Diaspora, launched on April 2 at the Base Lounge in Accra is scheduled to come off on Friday, July 8, 2022 at the Tribeca Performing Arts Centre in New York.

The launch saw a night of bliss and amazing performances from artists like the man of the moment, Camidoh, Article Wan, Talaat Yarky and Nanky. Celebrities also flooded the occasion in grand style including Chris Attoh, Hajia 4Real, Salma Munim, SDK and a lot more.

During the launch, an accomplished board with representation from all corners of the Ghanaian entertainment industry was unveiled including YFM’s very own Eddy Blay. Others include Legendary Beatmaker and Entrepreneur Hammer, Ace Broadcaster and Entertainment Pundit Abeiku Santana, Fashion Consultant Jiji Glam, Media Personality Amanda Jissih, Beatmaker Kaywa, Artiste Manager Bulldog and TV personality, Elia Chebib.

Speaking on this new milestone, Eddy Blay said, “I’m very honoured to be given this opportunity to serve the industry and do what we do best. You take a look at the other members and it’s a lit group with priceless experience. They have been legendary and very influential in making our industry stand tall. It’s a pleasure to identify myself with all these greats on Ghana’s massive ceremony in the diaspora. Let’s make this count for the culture.”

Eddy Blay also called “Blazay” is considered one of the pioneers and pacesetters of the Ghana entertainment industry. Eddy started on TV, presenting a magazine show called “Smash TV” when he was just 17. Since then, he has had a very successful career in media, hosting numerous TV shows, and continues to be one of the best concert MCs. Eddy is currently the host of The Weekend Mash-Up and serves as the Programmes Manager of Ghana’s Number One urban station, YFM.

To add to the list, Eddy hosted live concerts in Ghana such as Busta Rhymes in Ghana, Ludacris in Ghana, Trey Songz in Ghana, the Rexona Do More Concert, Mo Ibrahim Concert, and the Live X Festival with Cardi B.