You always need to be prepared – Youth advised 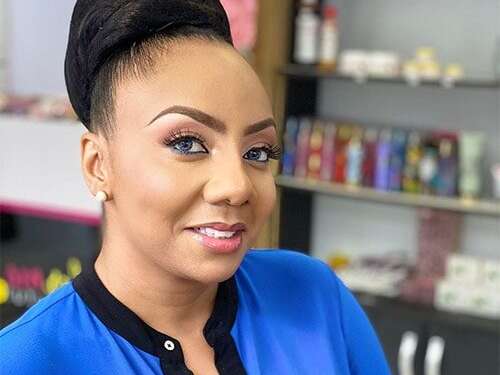 You always need to be prepared – Youth advised

Chief Executive Officer (CEO) of Exclusive Events Ghana Limited, Inna Mariam Patty, has urged the youth not to take any opportunity for granted.

She believes once you dream or move towards an opportunity there is no turning back and no saying “I am not well suited for this.”

“You need to be prepared as youth. You don’t have to feel you’re not well suited for something but once you’re willing to learn and you do it, then you will always be prepared,” she told Y107.9FM’s Rev Erskine on the Myd Morning Radio Show.

Using her Miss Ghana experience as an example, she explained how she devoted her time and efforts to learn greetings and introductions in the Akan language.

“The contest was held in the Ashanti Region and everyone did their introduction in English. I wanted to make a mark and resonate with the people, so, I had my sister record and send me a video of greeting people in Twi and a proverb. I rehearsed it time and time again until it was my turn,” she shared on the YLeaderbaord Series.

Shedding some light on her journey to the Miss Ghana contest, Inna Patty who grew up with a strict Muslim father stated, “there was no way you’ll go near my father and talk about a beauty pageant. There was no way he was going to watch you wear a bikini to expose any part of your body and that was it.”

With an interest in beauty pageants, she was always impressed by the intelligence of the women who partook in them and the lives they impacted. “I was willing to be a part of this as I was also trained to look out for others and trained in the act of giving as a Muslim.”

After eventually being cheered on by her friends to sign up for the 2004 Miss Ghana contest, Inna Patty hurriedly informed her sister and mother leaving out her father. She eventually told her father after sailing through the auditions. “They were going to publish the list so I had to tell my father before he found out in the papers.”

According to her, her father recently told her how glad he was for not having stopped her from pursuing her dreams.

Ghana has lost its spirit of volunteerism – Inna Patty