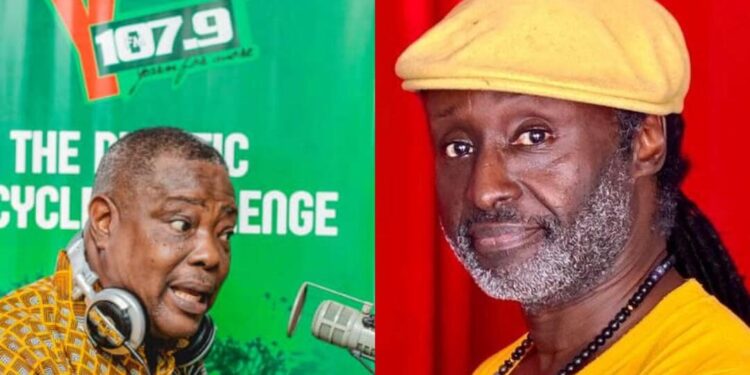 Ghanaian recording engineer and record producer, Zapp Mallet, has named three Ghanaian artistes he believes have given roots to hiplife music in Ghana.

As a pioneer of hiplife music, Zapp Mallet acknowledged the contribution of other Ghanaian musicians, namely Reggie Rockstone, Lord Kenya and Obrafuor.

He made this known during an interview with Rev. Erskine on the Y Leaderboard Series.

“The first person will be Reggie Rockstone. The second is Lord Kenya and Obrafour. It is fair to say these are the Grandpapas of hiplife and then we had people like Ex-Doe and Akyeame. So, the push was there and it came from all kinds of genre”, he said.

Reminiscing the times, when he and other artistes began to establish the hiplife genre, Zapp Mallet stated the focus was more about the passion for developing the genre rather than the profits to be accrued from the genre.

“One thing I believe is that when you are doing something, just do it with your heart and follow it sometimes you might not even follow. for me as a person involved in hiplife I didn’t even think it was going to reach that far. All I was thinking about was how much I was going to put into my music. It wasn’t about how much I was going to earn or where it will reach. My focus was in developing it production wise”, he added.

Hiplife is a Ghanaian genre of music being a perfect combination of Hiphop and Highlife in the mid-1990s.

Reginald Osei who is known in music circles as Reggie Rockstone is touted as the originator of the art of Hiplife while others too hold divergent views on the origination of Hiplife.

Ghanaians are confused and inconsistent with music – Zapp Mallet