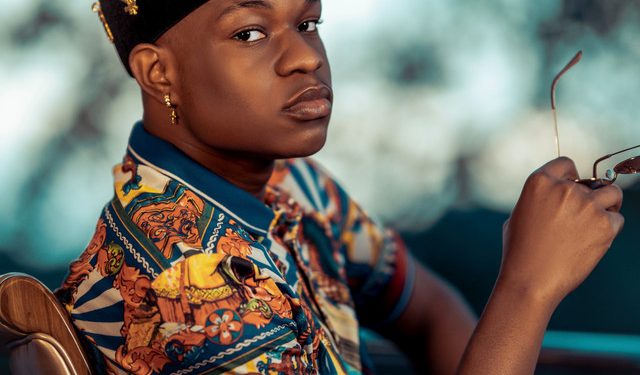 For many musicians, playing instruments exposed them to their musical careers and Herman Suede comes as an exception to this trend.

According to the “Naa Kwarley” hitmaker, he started hitting the keys on classical piano at the tender age of five (5) and for him, that has been the foundation of his musical career.

In an interview with Y107.9 FM’s Akosua Hanson on the YLounge, the African Prince said, “I started playing classical piano at the age of 5. So that’s where it started for me from piano, my main instrument. That’s was the foundation for me and the more I became conversant with the piano I began to create melodies on my own. Thought myself how to write lyrics.”

Herman Suede currently making impressive waves on the continent attributed his progress to networking and the obsession to develop his craft.

He added, “…and as I grow older I had the opportunity to network with lots of producers and music creatives. So basically a lot of the time I find myself learning, work with producers, networking and continue to develop my craft.”

Speaking on why he is touted as the African Prince he said, “I mean it’s self-acclaimed and my fans call me by the name African Prince. It’s also me trying to represent where I’m from and what my music is about.

Herman Suede is currently on a media tour promoting the release of his latest five (5) track EP “Bitter Sweet”.

I have always been an artiste; I was just trying to find the perfect hit – “Adulthood na scam hitmaker”