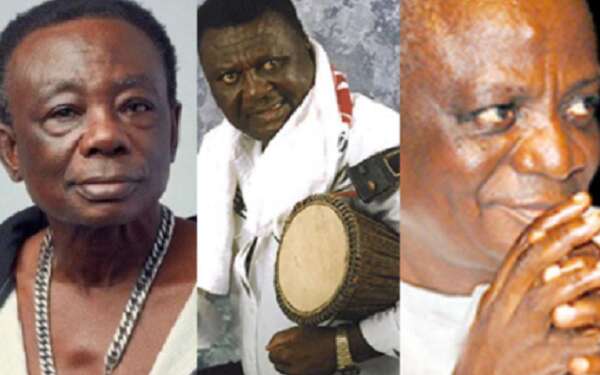 Veteran entertainers in Ghana have been forced to go through unbearable situations in their lives because they had no money and were not productive at a particular age and therefore have to deal with the harsh circumstances that come with old age.

Numerous veteran musicians in Ghana have either had to die of diseases that are expensive to cure or die out of abject poverty and hardships, this sad development is one that provokes thoughts and raises concerns as to whether these veterans anticipated these times in their lives or thought they were going to be productive all their lives and continue producing music and performing at events or the monetization systems in the country are not well established.

Even though these veteran artists are partially responsible for the woes they go through in the late stages of their life, the Ghana Music Rights Organization (GHAMRO), the organization set up with a constitutional clause and legislative instrument to collect and distribute royalties on behalf of creatives inclusive of artistes.

Industry pundits and some artists who in the past, through social media and media interviews have also made similar assertions and have in one way or the other bashed GHAMRO for not performing their rightful roles. Stonebwoy in a discussion with Ghana’s High Commissioner to the United Kingdom disclosed how much he had received from the rights organization sin the inception of his career.

“Me I’m telling you on camera. This is Stonebwoy. The amount I have ever gotten from making music as royalties in Ghana is GHC 2000. I’m being honest. A lot of other artistes are having the same problem,” he said.

Bice Osei Kuffour who is a former president of the Musicians Union of Ghana (MUSIGA) who happened to be an Interim board member of GHAMRO in 2014 wrote to the Chairperson of GHAMRO to raise concerns on the performance of the rights organization and how they were inflicting pain on artists and veterans due to their performance.

The abysmal performance of GHAMRO and other organizations that seek the welfare for creatives is one that should be highlighted and forced to perform as they should support veteran musicians who could have made millions of cedis after their years of productivity and toil and establish centres, museums that will hold the legacies of these veteran musicians who need not be forgotten overnight.