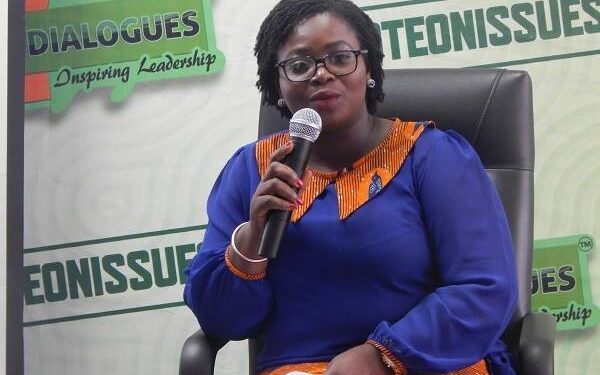 In the usual innovative fashion that the brand has come to be known for, YFM, Ghana’s number one urban youth radio station, dedicated the 2016 edition of its ‘Y Dialogues’ series to sensitize the youth on the need to vote on concrete issues and policies in the upcoming November 2016 elections.Aimed at changing the status quo, inspiring and empowering the current generation of young people to take charge of their lives, develop themselves and move their society to the next level, the new series of ‘Y Dialogues’, dubbed ‘’Vote on Issues’’ was held over the weekend at the Impact Hub-Osu.
Gracing the event were Dr. Kwesi Jonah, a Research Fellow at the Institute of Democratic Governance (IDEG), Mrs. Abigail Nutakor, head of Gender and Disability at the Electoral Commission, the general manager of YFM, Ms. Naa and other media personalities.
Imparting his vast knowledge on electoral issues to the teeming youth who participated in the dialogues, Dr. Kwesi Jonah said ‘’most of the people who registers as voters in this country are relatively young Christians and Muslims. People who are basically non-wage earning like farmers, fishermen and women, artisans, etc. and people with very low educational level and do not earn any income at all.’’ He continued that these characteristics of registered voters are the main source of the deep monetization of our elections which is not helping our democracy.
Dr. Jonah disclosed that election is not democracy, but without election democracy would be meaningless. He advised the youth to take active interest and look at the kind of issues the parties or candidates are addressing to use as a basis to cast their votes. He added that it is not where the candidate comes from, attends church and how handsome or ugly he or she looks but the issues the candidate is presenting.
On her part, Mrs. Abigail Nutakor, Head of Gender and Disability at the Electoral Commission, said, ‘’election is not an event but a process and therefore the need to discuss the various processes with the youth, who form a majority of the voting population in order to experience peaceful elections.’’
Mrs Nutakor continued that elections give meaning to the concept of political representation and the protection of all the rights in the universal declaration of human rights and the 1992 constitution. She also advised the youth to make sure they exhibit their names during the exhibition exercise to make sure their names are in the register and reminded them to vote on issues.