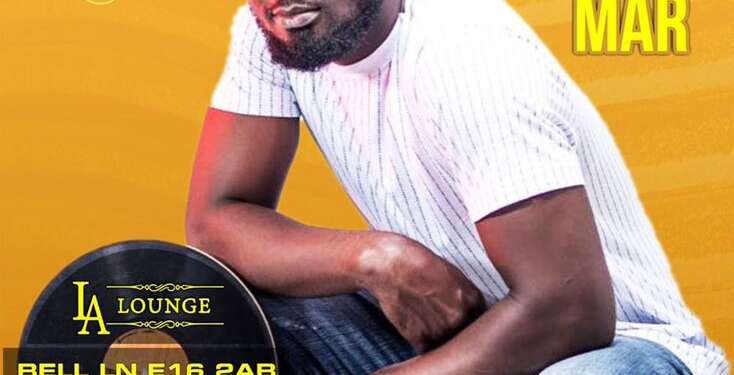 0
SHARES
40
VIEWS
Share on FacebookShare on TwitterShare on Whatsapp

Y107.9 FM’s finest DJ, AD DJ headlined a series of events in London as he thrilled fans in the diaspora to classy tunes in his quest to celebrate Ghana’s historic anniversary, Independence Day.

Galloping through the streets of London with his Afrobeats themed ‘Ghana @ 65 Independence Party’ in an attempt to put Ghana on the map, AD DJ created an overwhelming atmosphere across the various venues with some electrifying whirls, transitions and energy displayed on the controller.

AD DJ’s tour which began on Friday, 4th March at one of the biggest Afrobeats club in London, the LA Lounge. The club inspired by the energy and glamour of the London Life, saw Londoners regaled by some renowned Afrobeats artistes with some astute DJs on rotation. The crowd was also introduced to some subtle tunes of Hip-hop, RnB, and some Amapiano vibes.

The Lord of the House truly proved his grit with back-to-back fire-works with the Ghana Independence Party on Saturday, 5th March at the Infinity Lounge in London, a grand destination for ‘party freaks’. The party presented an elite jam with performances from gentry DJs including, DJ Sandra Omari, DJ Skrillz, Kwamz Original, DJ Fiifi and DJ Montana.

Returning to the LA Lounge with the ‘Highlife Sunday’, AD DJ summoned the ‘gods’ of Highlife sounds to grace the atmosphere. The twists and thrills from the legendary Daddy Lumba, Amakye Dede, and a blend of the modern hits from the likes of Kwami Eugene and Kelvyn boy.

AD DJ climaxed his ‘Ghana @65 Independence Party’ at the famous Oval Space on Friday, 11th March with yet another electrifying tunes on display. Giving the crowd value for their money.

Programmes manager for Y107.5FM, Eddy Blay congratulated AD DJ for his successful tour and representing the Ghanaian culture in Europe.

“YFM is filled with a lot of A-list DJs and AD DJ did us proud out there, showing the quality we have here. What amazed me the most on his tour was the ‘Highlife Sunday’ where he gave us legendary sounds, the jam that day was just glorious. Pulling up other artistes and DJs shows what we always do here, support each other, and showcase each other to the world. AD DJ make us and the whole of Ghana stand tall, however, this won’t be the last but the first of huge ones,” he said.