ACCUSED GUNMAN, ERIC HOLDER JR., 32, HAS PLEADED NOT GUILTY TO THE CHARGES. 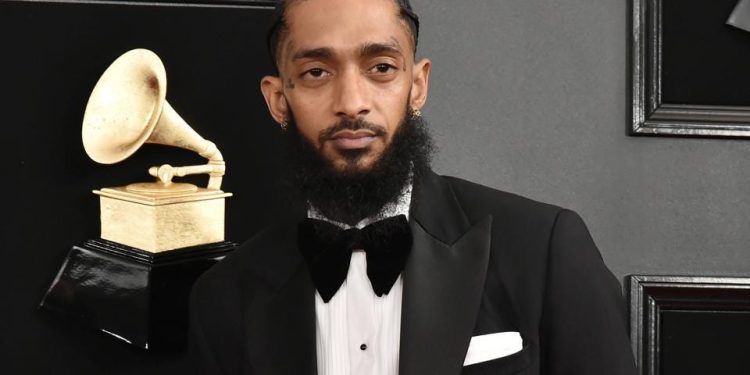 Finally, there will be a final verdict in the ongoing situation regarding the late, great Nipsey Hussle, as the murder trial is expected to start this Thursday with jury selection.

According to NBC Los Angeles, 32-year-old Eric Holder Jr., the man accused of fatally shooting the Crenshaw-born rapper and already he has pleaded not guilty to the charges.

“One of the things I want the jurors to understand is that I believe the case is overcharged,” said his attorney, Aaron Jensen. “I don’t believe that the charges brought against Mr. Holder are going to hold up. I know people have made up their minds and seen the videos but we are confident that when they hear the whole thing, he’ll have a fair trial.”

Born Ermias Asghedom, Nipsey Hussle became a rising star in hip hop due to his outgoing demeanor, community focused endeavors, and his entrepreneurial spirit. The 33-year-old was killed on March 31, 2019, outside of his clothing store. Two other men were also wounded in the attack.

Holder fled the scene and was arrested in Bellflower, prosecutors said. If convicted as charged, he faces a possible maximum sentence of life in state prison, officials added. Among the witnesses set to appear in the trial are Hussle’s friend, Herman “Cowboy” Douglas,” and more are slated to be announced shortly.

The trial is expected to take up to four weeks.

In a sequence of events, Hussle accused Holder of being a snitch minutes before the latter allegedly used two handguns to kill him and would two other men, according to an unsealed transcript of a grand jury hearing.

It was explained by the witness that Hussle’s words were a warning to Holder, but when asked whether the Grammy-winning rapper identified specifically what Holder supposedly snitched about, and the witness didn’t provide any details, the documents include.

Police have said the shooting, which happened in front of businesses Hussle owned, was the result of a personal dispute happening between the men. During the grand jury hearing, prosecutors drew out a significant amount of testimony that showed Holder as a gang member who had been seen carrying two handguns similar to those used in the killing: a silver revolver and a black semi-automatic.

In the autopsy report, Hussle was shot at least 10 times, with rounds piercing his lungs and severing his spinal cord. Police found eight expended casings from a .40 pistol at the scene, and six bullets were pulled from inside Hussle’s body.

Another witness said Holder uttered the words to Hussle, “You’re through,” during the shooting, and said he heard Hussle try to say a name after he’d been fatally wounded.