’Beefing’ is for the rap culture – Lyrical Joe 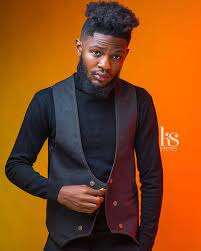 Ghanaian rapper, Joseph Gamor popularly known by his stage name ‘Lyrical Joe’ or LJ, says that beefing with other artistes is only something he does for the rap culture.

He was asked by host, Rev. Erskine during an interview on YFM’s Myd-Morning Radio Show if beefing has become like a hobby to him because it looks like he has become the only artiste in history who has beefed with an entire country. Two countries for that matter: Cameroon and Sierra Leone.

In LJ’s response, he said, “I don’t run around looking for beef but it’s an MC thing, it’s a rapper thing so it’s only right for the culture of rap that if somebody comes at you and you think it’s worth it, you go with it”.

His second explanation to this is that every rapper has their own approach to music and this is what people need to bring themselves to understand.

“It’s different when for instance, I’m on an afrobeat but then with how I approach my rap, I understand that the next rapper doesn’t have to rap like me. There’s the Snoop Dogg kind of delivery and then the next behind him is Eminem so everyone has the approach that they give to their flow. Maybe if I want to do it like Snoop, it might not fit very well for me so this is my approach and I have the bars and punchlines for it”, he said.

LJ, mockingly fired at Cameroonian rappers in a song titled ‘My Way’, asking them how they are trying to change the rap game when in over 20 years, the country has not been able to change her second president. This came after one Cameroonian rapper, Jovi, dissed Sarkodie in one of his tracks.

Not long after, Lyrical Joe had another beef with Sierra Leone after the native, MC Kao Donero, also dissed Sarkodie in a song. Although it looked like a never-ending war, the three have now apologized to each other and cut the fight, leaving social media at peace once again.