Black Americans have the most valuable currency – Vic Mensa 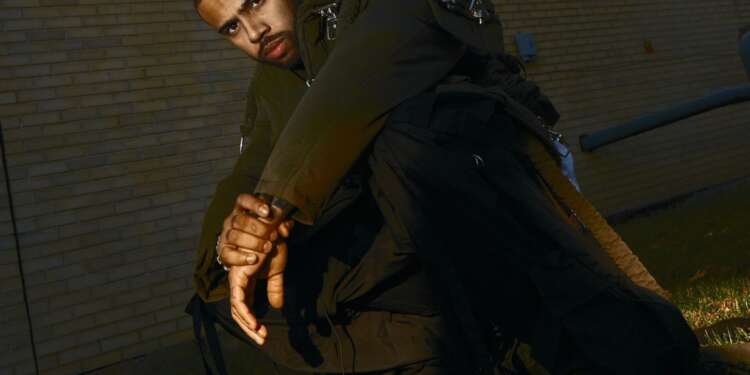 0
SHARES
62
VIEWS
Share on FacebookShare on TwitterShare on Whatsapp

Ghanaian-American rapper and social activist, Victor Kwesi Mensah widely known to be Vic Mensa has shared that, Black Americans in the diaspora are the bearers of the most valuable currency because of their culture.

The Roc Nation artiste illustrated that, culture is the most important and distinct aspect of every society across the world, and has evidently been expressed through music as well as pull them closer to their roots.

He believes that most Black Americans and Africans, particularly artistes would be very powerful should they collaborate to produce stuff. However, he suggested that, the system has misguided Black Americans to feel they were never going to be accepted by their African descent and vice versa.

“Sometimes I tell Black people a lot about this part of our world. I believe there’s a lot of misunderstanding, which I think is gradually being dispelled. A lot of misinformation and the misunderstanding between Black Americans and Africa is by design. That’s because they know we’re too powerful when we start to collaborate. So, they make Black Americans feel like Africans don’t accept them and make Africans also feel like Black Americans are arrogant and that kind of stuff. Fortunately, all that is getting ignored now and it’s been all love between them. Africa is exponentially growing so fast and Black Americans have the most valuable currency on the Planet Earth, which is culture. Beautiful culture that has sipped into every piece of life,” he told Rev. Erskine on YFM’s ‘Myd Morning Radio Show’ as he shared his personal experience since he first visited Ghana.

The record producer finally disclosed the real origination of the drill music and put to bed arguments of its originality. “The original form of Drill Music was from side town America. It’s very easy to find the roots of it, you can just google it. The term was actually coined by DJ Earl and not a lot of people know about that. He was on the Drill team and that high hat sound in the drill music came up from his snare drumming. I was blown away when it surfaced in Ghana,” he stated.

Vic Mensa has been nominated for the celebrated Grammy awards on several occasions and has made significant efforts with putting Ghana on the map, being featured on Kwesi Arthur’s ‘Winning’, M.anifest’s ‘No Fear’, Sarkodie’s ‘Vibration’ among others.