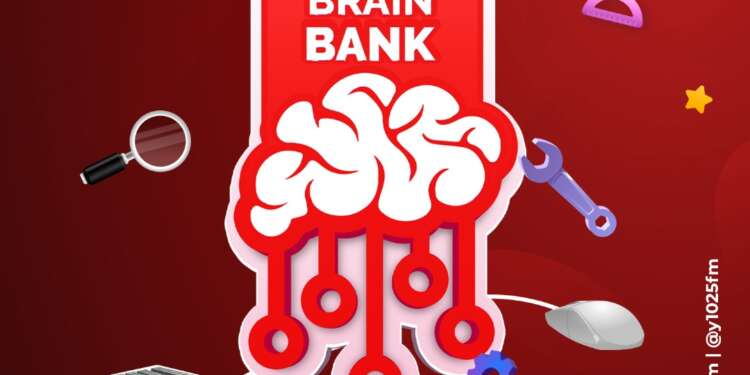 Twenty seven (27) contestants each from the golden triangle of YFM Accra, Kumasi and Takoradi have qualified from the entry stage of the competition to the group stage and are set to battle it out at the Regional contest of the Brain Bank Challenge quiz competition for a slot to represent their respective regions.

Over a thousand entries were received online with prospective contestants answering 10 questions under 60secs. 27 highest scorers from each region have been selected for the weekly quiz competition.

Project Coordinator, Osei Kuffuor said the competition is heating up and viewers should stay tuned for a thrilling experience with the Brain Bank.

“In as much as the brain bank is to encourage literacy among the Ghanaian youth, we intend to make it as fun as possible. At the end of the brain bank, it is not only the contestants who will learn, each episode we intend to make it worthwhile for our listeners. Contestants will answer questions about Ghana’s culture and heritage as well as the continent of Africa and the world as a whole.

So tune in to YCE at 12:00pm every Saturday across the triangle and learn new things.”

He also revealed the amazing prizes to be won during the competition.

There are many mouth-watering prizes to be won. Winners from the regional contest will compete for GHc10000 and a return ticket to an African holiday destination among other amazing prizes” he said.

After a successful registration, the first round of competition, contestants answered 10 questions within 60seconds across a 3-week window on both our online and on air platforms.

The initial stage of contest is over, the 27 competitors will progress to the group stage of the competition.

The 27 highest scorers have been put into 9 groups with each group having 3 members who will compete for nine winners to be selected.

The nine winners from the group stage will now move to the quarter final stage and then placed in groups of 3 to compete for the 3 final slots.

These will happen on the Triangle, after the quarter finals, three contestants will now battle it out at the regional level, to represent their respective regions of Accra, Kumasi and Takoradi. For the grand finale, 3 winners, one each from the Triangle will battle it out to determine who wins the ultimate cash prize of GHc10, 000

The ‘Brain Bank Challenge’ quiz show will test the knowledge of YFM listeners in Accra, Kumasi and Takoradi.

The quiz aims to promote literacy amongst the youth in Ghana and will take place over a three-month period on the YCE Show.