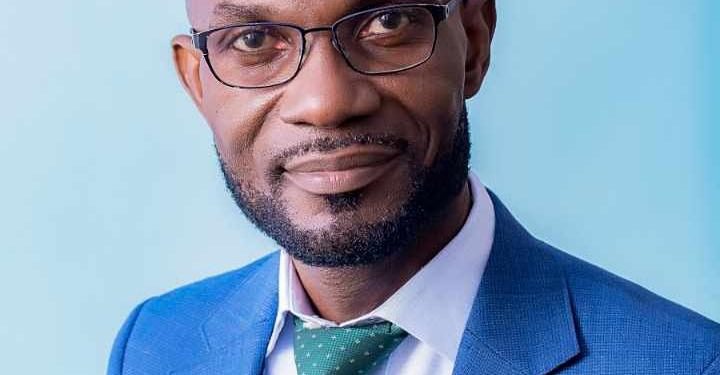 The saying God makes all things perfect in His time is evident in the life of the Chief Executive Officer (CEO) of YOKS Rent-A-Car, Seth Yeboah Ocran.

The business mogul who lost both parents at age 14 and had to end his formal education abruptly, had lost all hope but unknown to him, the omniscient God had an incredible plan for his life.

After the death of his parents, family members who pledged their support to him and his siblings failed to live up to their promises, and Seth Yeboah Ocran never blamed them. With this financial challenge, the ever-industrious Seth set out on his own to care for himself and siblings.

Not being shy of any kind of work, he readily went to work as a trotro mate with the hope of earning an honest living and saving enough to continue his education in the near future.

Although he considers education as important to success, he also believes it should not be a limitation to success. He advised the youth who may be disadvantaged to have not received formal education to make the best out of every situation they find themselves. “I was taught that life is what we make it so if I wasn’t going to complete school, I knew I could still learn on my own and make it.”

Seeing an opportunity in driving, he quickly learnt to drive, eventually owing his own car and starting YOKS Rent-A-Car after engaging in other jobs. He sold textbooks across the country and even a engaged in a buy-and-sell business, making purchases from Lome and selling to traders at Makola Market.

Unfortunately for him the huge investments he had made from goods he had bought from Lome and supplied to traders at the Makola Market ended disastrously when he returned from one of the trips to collect his monies and learned that the Makola Market had got burnt and could therefore not demand payments from his clients.

He soon after received employment at VANEF Europcar, and this was the turning point of his life. At VANEF,  he had worked in most of the departments of the company during the four years’ stint with the company as a night supervisor, a sales representative, a driver, among others.

Seth grabbed an opportunity that presented itself when he was a driver at VANEF.

He said later the company had a client, a Canadian lady, Louise Griener, a Carl Bro. International (DANIDA) consultant to the Ghana Highway Authority, then constructing the Takoradi to Agona Nkwanta road in 1999.

This Canadian lady requested that she needed the services of  a driver who would at the same time work as an office boy. Mr Ocran’s background as an all-rounder made his bosses recommend  him to undertake that assignment.

According to Mr Ocran, while serving that Canadian lady, the vehicle he was using occasionally developed some mechanical faults which at times made the lady push the car to get it started.

She complained about the frequent breakdowns and informed him that she wanted to abrogate the contract with VANEF and go for HERTS, another car rental company, on condition that he (Mr Ocran) should resign from VANEF and join HERTS so that he would continue working with her.

He thought about the proposal for a while and then came up with a plan to purchase his own car and drive Louise Griener whiles keeping his job at VANEF. He managed to buy a car priced at GH¢1,300 on hire purchase, making an initial deposit of GH¢500.

The enterprising young man managed to arrange for additional cars for his other clients whenever he had request beyond his capacity. He attributed his ability to do this on the need to build strong relationships.

In an interview on Y107.9FM’s Leaderboard Series with LJ, he said, “So it’s all about the relationship and how you relate with people because God never comes down to solve anything. There are angels on assignment, there are angels everywhere but it’s like magnet and magnet can attract another magnet quickly. If you have good intentions and a good heart, you treat everyone the same like you want to be treated and with respect for one another those open doors will come to you.”

Encouraging the youth, he said one should always remember God has given man dominion over all things.

With this belief, he posits there is no limitation to what man can achieve. “Believe in yourself. You command what you see yourself to be. God has given us dominion over all things on earth and we can do all we set our minds to. Don’t let anything limit you because you can rise to the occasion when you believe in yourself.”

The President of the Car Rental Association of Ghana who is also a staunch Christian added, God has planned the lives of each and every individual.