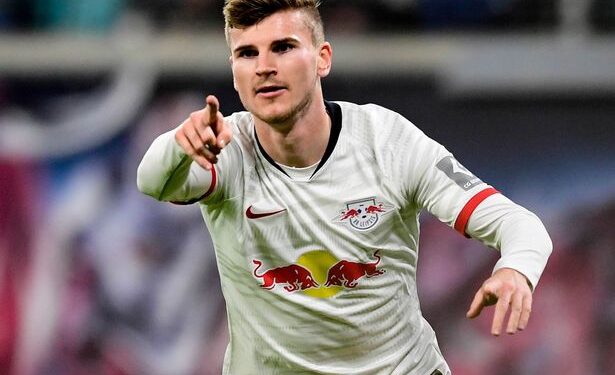 Chelsea have agreed a deal with RB Leipzig forward Timo Werner.
Reports suggest the 24-year-old, who has scored 25 goals in the Bundesliga this season, has a release clause of about £54m.
The Germany international had been linked with Liverpool and said he was “proud“ of that association.
But BBC Sport understands Liverpool are not interested in signing Werner, who has has netted 11 times in 29 games for his country.
The Reds have no plans to sign anyone during the next transfer window.
Last month, French striker Olivier Giroud extended his contract by a year.
Werner would be Chelsea’s second signing for next season after already completing a £37m deal for Ajax winger Hakim Ziyech in February.
He has impressed at Leipzig following his 2016 transfer from hometown club Stuttgart.
Werner scored a hat-trick in Leipzig’s recent 5-0 victory over Mainz and he also netted three times against the same opposition in an 8-0 win before Christmas.
In January, Chelsea head coach Frank Lampard was linked with Paris St-Germain forward Edinson Cavani and Napoli’s Dries Mertens but neither deal materialised.