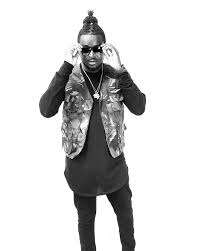 To him, the major challenge faced by most young Ghanaian artistes is that “they don’t push hard and always wait for handouts.” This he deems wrong.

According to him, any hungry artiste would rather be on their feet and help themselves rather than wait on handouts.

Wan-O who supports his music by selling CDs at the Accra Mall told Kojo Manuel on Y107.9FM’s Dryve of Your Lyfe show, “Lots of artistes think what I am doing at the mall is out of reach and would rather wait for someone to help them instead of helping themselves.”

Seeing the handout behaviour as a problem, Wan-O refused to blame it on the now popular “the system is not working slogan.”

He believes even musicians signed to record labels have roles to play to ensure their careers take flight and remain up there.

Wan-O charged fast rising artistes to shine their eyes and put their future into their own hands.