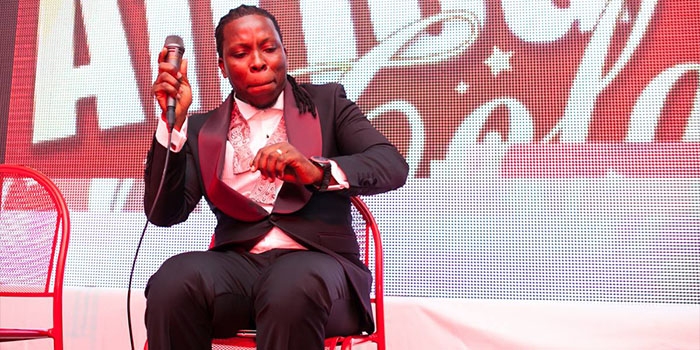 Entertainment One Music/ eOne Music US, which also distributes music from 2Pac, Ashanti, DJ Khaled, Fat Joe, Brian McKnight among other stars will distribute Ghanaian hiphop act Edem’s forthcoming album, ENEWSGH can confirm.
TAA, his fourth solo album, sees production by respected American producer Coptic, with whom he has constantly collaborated on music, especially on Coptic’s The Rising Stars of GH series.
“Since its inception as KOCH Records, E1 Music has charted over 100 albums on Billboard‘s Independent Chart, surpassing the number of titles charted by all other U.S. independent labels. E1 Music has been the number one independent label according to Billboard for the last six years and quickly grew to become North America’s largest independently owned and distributed record label. E1 Music covers all musical genres from adult-contemporary to rock, hip hop/urban to country, children’s to classical”, an official profile claims.
Edem therefore joins a privileged list of Ghanaians including D- Black and reggae star Rocky Dawuni to sign international distribution deals.
Born Denning Edem Hotor , Edem first entered the music industry as Ayigbe Edem, with his widely successful 2009 debut Volta Regime. He followed it up with Mass Production in 2011. A third one, Books and Rhymes was announced months ago. His music style is a fusion of hip-hop to dancehall, reggae and hi life. A brilliant discography consisting songs like Ghetto Arise, Heyba, Bougez, Bra fremi fremi, Nyedzilo, Kpordawoe, and Koene have made him among some of the country’s most sought after artists.
Enewsgh.com